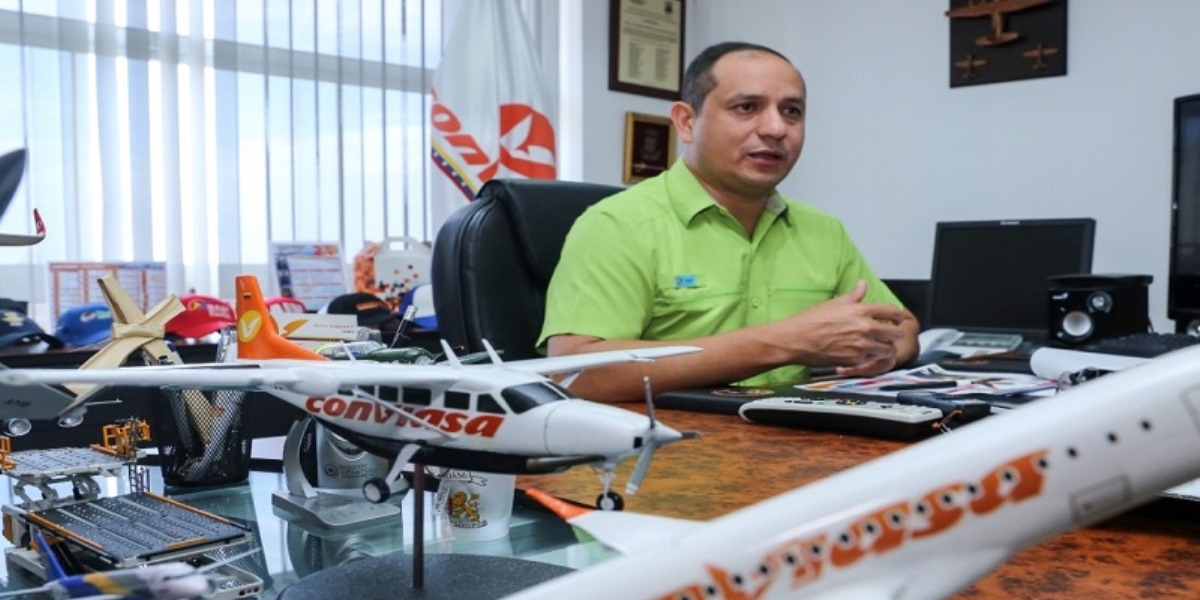 Ramón Araguayán: Conviasa will continue flying despite US criminal attacks

The president of Aeronautical Industries and Air Services S.A. (Conviasa), Ramón Velásquez Araguayán, said that the airline continues and will continue flying despite the criminal attacks, since its human talent is motivated and prepared for battle.

During an interview conducted by Radio Nacional de Venezuela (RNV), Velasquez stressed the commitment of the more than two thousand workers of the company, while ensuring that they will not be affected by the illegal blockade of the United States governments.

For his part, the owner of Conviasa, informed that the airline has increased by more than 108% of its flights, in the year 2019.

“It is a national company that has been growing with an expansion plan that has 12 consolidated international destinations and with a goal for this year 2020 to achieve 37, that is why the United States Government does not see with good eyes how in the midst of a criminal, extraterritorial and illegal blockade, companies like this stand up and show the world their commitment to the country”, he said.