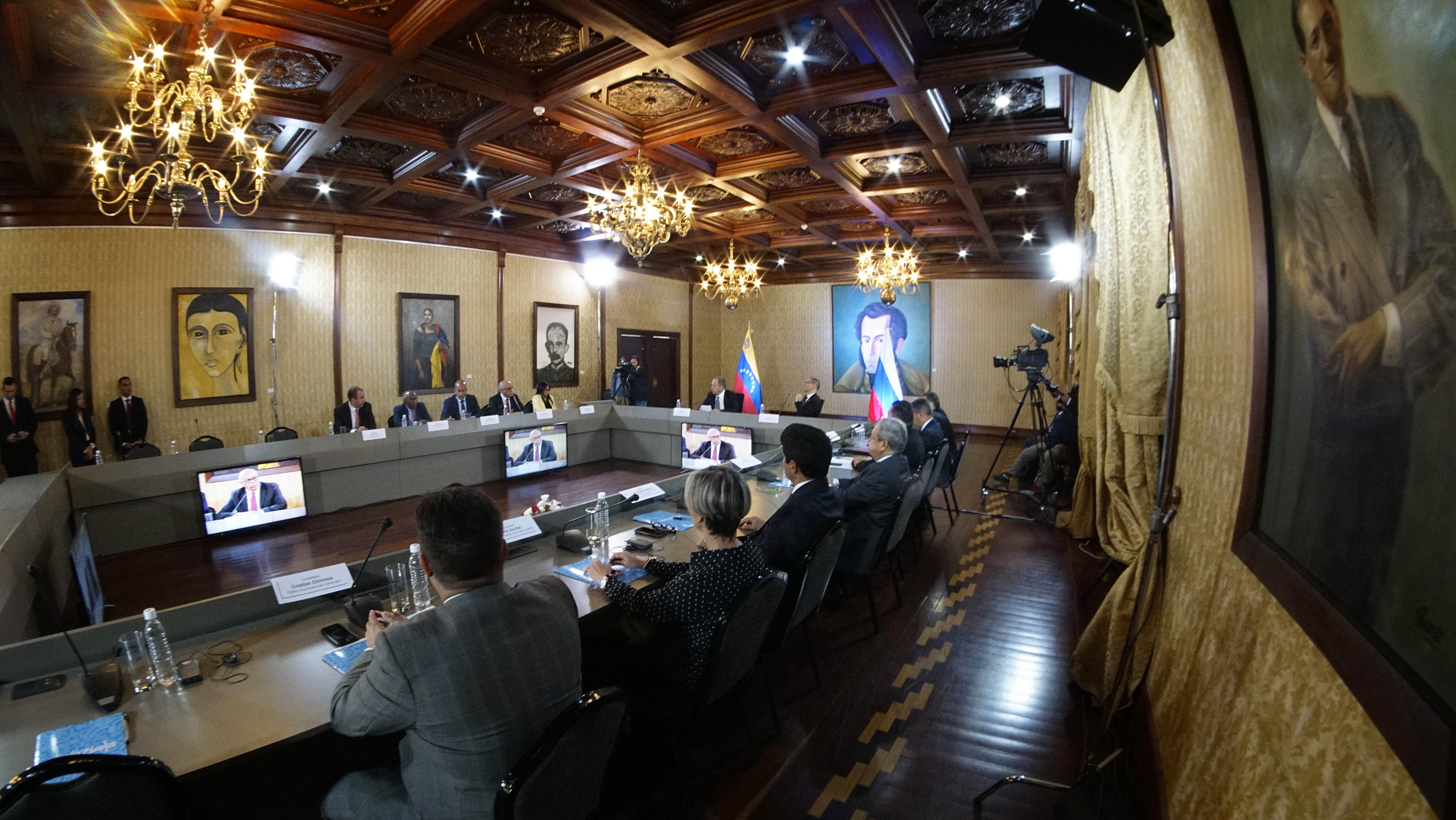 Russia ratifies support for the political dialogue process in Venezuela

The Russian Federation ratified its support for the National Dialogue Table in Venezuela, in a meeting held this Friday in Caracas by the Foreign Minister of the Eurasian nation, Sergey Lavrov, with the delegations of the Venezuelan Government and sectors of the opposition.

“Russia is willing to support them and I am convinced that if our efforts are necessary we will go on”, said the Russian Foreign Minister, and emphasized as well that situations such as Venezuela’s can only be solved through political and diplomatic measures, through inclusive dialogue Among Venezuelans.

The Russian Foreign Minister questioned the illegal unilateral coercive measures imposed on Caracas that, he considers, are the main reason for the recession of the Venezuelan economy.

“The crisis around Venezuela comes from a large campaign in order to overthrow the legitimate government, using all options, as the organizers of this campaign say, including the use of force. I consider this scenario is unacceptable and we will work on that issue in the Security Council; We consider the sanctions are unacceptable”, he said, referring to the US administration.

The illegal measures, he added, affect the execution of social and humanitarian projects in Venezuela.

Foreign Minister Lavrov also expressed his country’s support for the parliamentary elections scheduled for this 2020 in the Latin American country, which constitute “the only possibility” so that “the radical sectors of the opposition can participate in the political future of Venezuela”.

Although the delegations of the National Executive and the opposition maintain their political differences, they agree that the solution to the current situation of the country must be achieved on the basis of respect for the national Constitution, international law and the independence of Venezuela.

“We have profound differences, but with this sector of the opposition we agree that political solutions to conflicts between Venezuelans must be resolved by Venezuelans and we share our position of respect for the sovereignty and the Constitution of the Bolivarian Republic of Venezuela”, said the sector Vice-president for Communication, Culture and Tourism, Jorge Rodríguez.

The opposition delegation, for its part, condemned the position taken by the radical sectors of the opposition, which manage and support the illegal coercive measures and even request the intervention of the country.

“This meeting is a demonstration that in Venezuela the opposition is truly diverse and plural, it is not oriented and represented exclusively by four parties […] We appreciate the support of the international community for cooperation and not intervention”, he added.

The meeting of Foreign Minister Lavrov with the National Dialogue Table took place within the framework of an official visit by the Russian diplomat to the Bolivarian Republic of Venezuela.