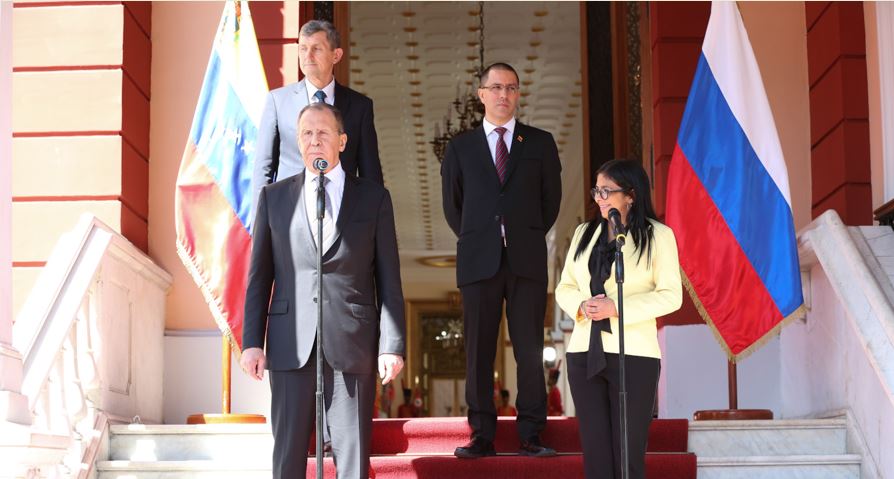 The Executive Vice-president of the Bolivarian Republic of Venezuela, Delcy Rodríguez, said farewell on Friday to the Foreign Minister of the Russian Federation, Sergey Lavrov, after meeting with the President of the Republic, Nicolás Maduro.

During the farewell ceremony, held at the Miraflores Palace (Caracas), Rodriguez recognized the accompaniment and support of Russia in the development and stability of the Homeland.

“While imperial foreign ministers use extortion and blackmail to subdue entire peoples, Foreign Minister Lavrov has demonstrated during his diplomatic life an extraordinary commitment to Venezuela”, she said.

Rodríguez mentioned that thanks to the Head of State, the path of respectful relations between sovereign states in the International Community has been consolidated.

She also added that “during the Bolivarian Revolution our bilateral and international ties have been strengthened more than ever”.

She also reported that the Russia-Venezuela High Level Intergovernmental Commission will be installed in Caracas next May to review and strengthen comprehensive and strategic cooperation, on the occasion of the 75th anniversary of the establishment of bilateral relations between the two nations.