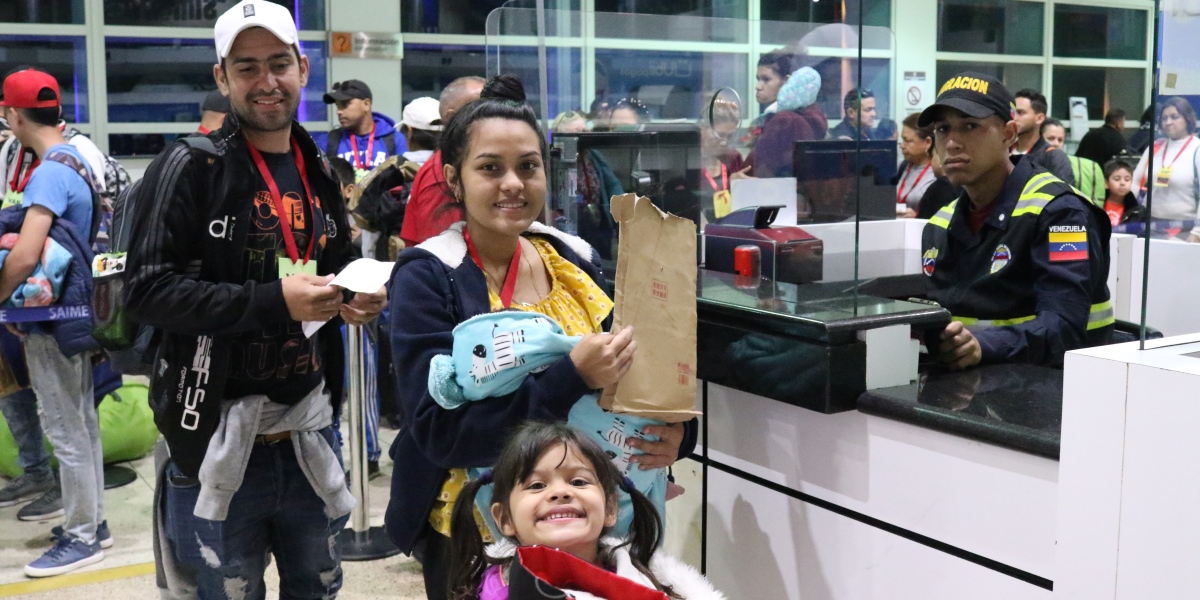 The expectations of improving the situation in economic, health and education matters motivated the migration of Venezuelans to the Republic of Chile, but these were disappointed in the southern country, as is the case of the Brixio Bravo, who was a merchant in Maracaibo, Zulia state.

“In my country I worked as an informal merchant, I had my house, my car and economic stability, which despite the circumstances could be fine with my wife and five children; However, I decided to leave Venezuela because of some Venezuelan friends who convinced me that here in Chile I could easily arise, but the reality is different for foreigners”, he said.

Bravo is part of the 274 Venezuelans who returned to Venezuela on Thursday, on the third flight of 2020 of the Plan Vuelta a la Patria from Chile, a humanitarian program of voluntary repatriation of the Government of the Bolivarian Republic of Venezuela for its nationals in a situation of vulnerability in countries of the region.

In this sense, the Zulian returnee commented that the economic remuneration he obtained in Chile was enough to survive and not to live. “My case was like that of many Venezuelans and foreigners who have to work from 9:00 in the morning until 9:00 at night, and the salary is not enough for you, just to pay rent, half eat and ticket in public transport”, he said.

On the other hand, Franyelys Villamizar also exposed her bitter history. “I arrived on April 28, 2019 in Chile and it was then when I realized that I was pregnant. Here it is very difficult to get a job in that condition, nobody hires you, much less if you do not have papers”, he said.

In this way, the 26-year-old Venezuelan girl added that due to her status as a foreigner, pregnant and unemployed, she decided to resort to the Plan Vuelta a la Patria, after the birth of her son on January 9.

“But after complying the requirements requested by the Embassy, the Chilean Investigations Police took me off the Conviasa plane because they claimed that my son registered alone and solely for me, belonged to a Chilean father and, therefore, he could not leave the country because he was Chilean”, he said.

“The staff of the Venezuelan Embassy in Chile and the Venezuelan Foreign Ministry helped me in everything humanly possible, from my stay, feeding and taking care of my son. They also helped me with my son’s legal process so we could return today to our country with our family, for which I am extremely grateful”, Villamizar added.

The Bolivarian Government adds with these 274 nationals more than 1,136 Venezuelans repatriated from Chile, through eight flights of the Plan Vuelta a la Patria made by the Venezuelan airline Conviasa, which in turn are added to the more than 17 thousand nationals from countries such as Peru, Brazil, Colombia, Ecuador, Panama, Dominican Republic and Argentina.