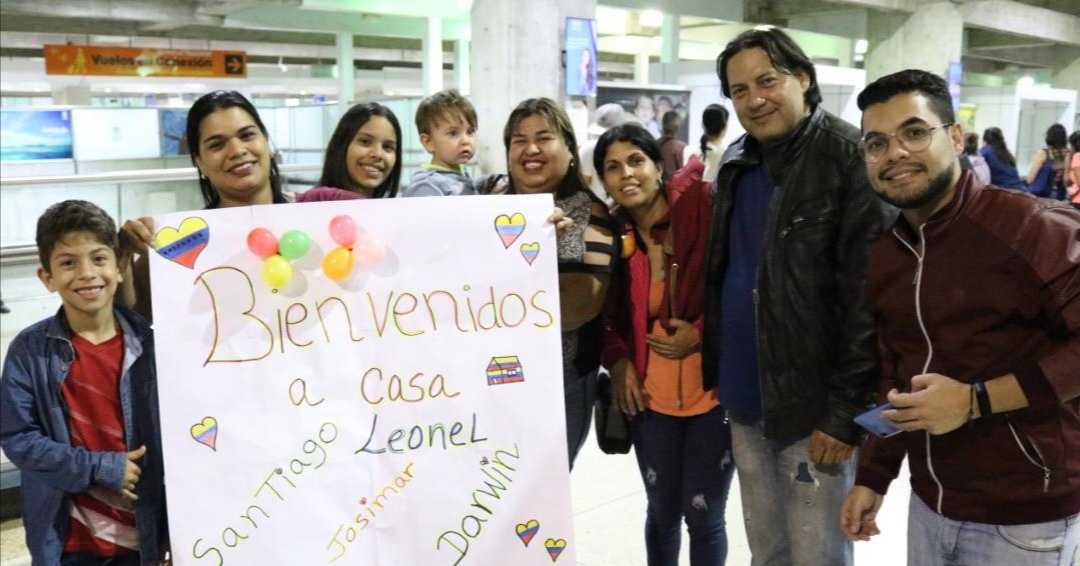 With emotions running very high and a guitar in hand, Joel Hernández, a Venezuelan musician with reduced vision, performed a song to thank the Bolivarian Government for the diligence and support provided by the Plan Vuelta a la Patria for Venezuelans in vulnerable situations in Latin America.

For this Wednesday, the Venezuelan state airline Conviasa, had a large capacity aircraft Airbus 340-200 model, which was baptized as Libertador Simón Bolívar, in honor to the greatest independence hero of Venezuela and America.

On this occasion 250 nationals returned, including Emanuel Negrón, who returns with his wife Julimar Rivero and his two year old daughter. This father tells that he lived for about a year in Peru, and in his work he was paid less than the minimum wage.

“The money wasn’t enough for us, we couldn’t treat ourselves, not even an ice cream, just rent and food. Here in Peru we lived in a small and very expensive room, we had no bed or TV, but a mattress on the floor, the only thing we had was a small kitchen with its gas tank”.

Emanuel made a conscience call to those Venezuelans who still think about migrating to Peru. “Here the reality is different, it is not what one believes or what they tell us. I was told that I could earned good money here, enough for all needs and that is a lie. Don’t come here”.

After two years living in Lima, María García Rivero, a professional, computer technician and administrator, said that among her reasons for returning to her homeland is the emotional situation.

“Being alone in a country where I have no family, it led me to an emotional collapse, I had a health episode in which I felt very bad because of stress, and family support is fundamental. At that time many things crossed my mind, I thought I was going to die away from my family and away from my country”.

She also said that her living conditions in Peru were not the best, because migrants like her need to share rent and housing in order to save a little and stretch their salary.

Since its launch in 2018, the Plan Vuelta a la Patria has facilitated the return of more than 16,000 Venezuelans, who were vulnerable in countries such as Brazil, Peru, Ecuador, Colombia, Dominican Republic, Argentina, Chile, Panama and Uruguay.