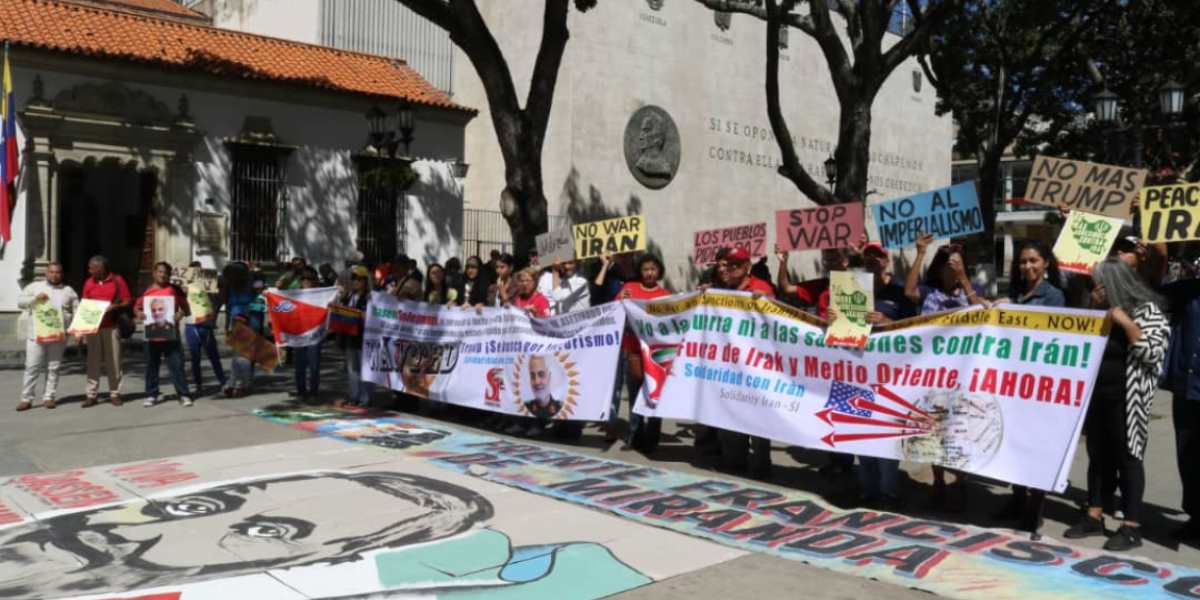 Representatives of social and political movements of Venezuela, and international delegates who participated in the World Meeting against Imperialism, staged this Saturday, in the Plaza El Venezolano in Caracas, a day of solidarity with the people of Iran, in favor of peace and against the threat of war that the United States government intends to wage against this Middle Eastern nation.

This action is part of World Protest Day against a new war in the Middle East that takes place in all the capitals of the world. The tensions between the United States government and Iran worsened after the dawn of January 3, US military forces killed Qassen Soleimani, commander of the Quds Forces of the Islamic Revolutionary Guard Corps of Iran, during an attack on the nearby Baghdad Airport, Republic of Iraq.

In this sense, Carlos Ron, Vice-minister for North America of the People’s Power Ministry for Foreign Relations, said that, “from Venezuela we consider it very important to convene the entire world to firmly oppose the war that imperialism wants to undertake against the people of Iran and their sovereignty, applying war actions and unilateral coercive measures. We also call on the people of the United States to go out and protest against this arbitrariness. Nobody wants another war in the world”.

Luis Ortuño, a young militant of the Francisco de Miranda Front, said that on this day the social movements in one voice reject all the actions of interference and war of US imperialism against the sister people of Iran and any other in the world, “Enough of abuse! Enough of imperialism! Enough of war! This world can’t stand a war anymore. From here we tell the imperialist government of the United States to stop all actions of blockade, war and threat against the people of Iran, Palestine and also the Venezuelan people. We want peace to reign!” He said.

The participants of the activity raised banners, shouted slogans, recited poems and sang in favor of peace being imposed in the Islamic Republic of Iran and ceasing the interference actions of US imperialism in the world.