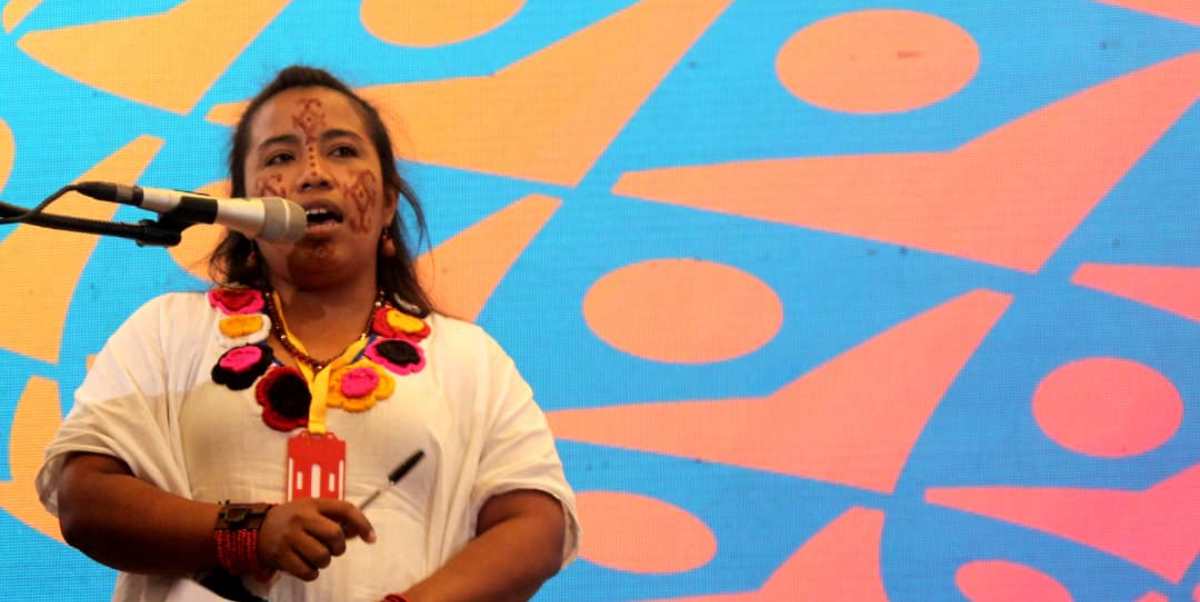 This January 24, in the framework of the World Meeting against Imperialism “For life, sovereignty and peace”, the indigenous peoples presented the Anti-Imperialist Struggle Plan with the contributions of organizations and leftist parties.

Issamar Cotez, a Wayuu indigenous from the Uribia municipality of Colombia, read the conclusions of the work table of this sector, among which are the development of an international agenda to promote the creation of the World Organization of Native Peoples, starting with Colombia, Nicaragua and Argentina; to include in the World Organization of Original Peoples the towns of Urban Areas and the organizations that are not recognized, to promote the conformation of plurinational states as part of the new political ordering of the nation-states, to hold a world meeting of indigenous youth leaders, carry out an international training plan on economic systems that confront capitalist systems and all kinds of imperialist domination, among others.

In this work table the solidarity with indigenous brothers of the United States and with the leader Milagro Sala was also ratified, for whom they demand their quick release in Argentina.

Pedro Verdu, spokesman for the Cabildo Indígena de Colombia organization, said “we are not recognized in our governments for being different and there are indigenous peoples who are displaced by the State. They should think more about our inclusion as native peoples as the government of Venezuela”.

Meanwhile, Rafael Quintero, on behalf of the Ecuadorian Federation of Indians, commented “our main need is to have a world body to defend indigenous peoples, the agenda must be focused on promoting plurinational states so that there is no divorce between peoples”.