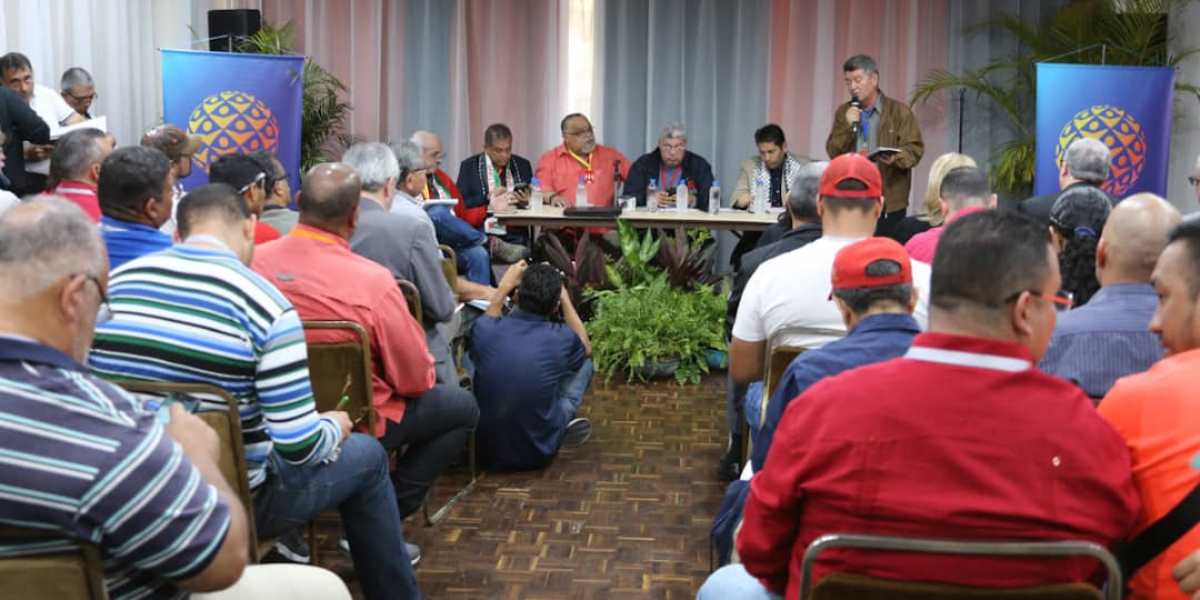 As part of the program of the World Meeting against Imperialism held in Caracas, this Thursday took place the day of debate and conclusions of the sectoral working groups, in which more than 1,500 delegates from national and International social and political parties and movements participated.

With the motto of the event “For life, sovereignty and peace” as the guiding axis of the interventions, the participants were distributed by sectors at the trade union and workers’ tables, women, communes and social movements, native peoples, afro-descendants, communication , young people and students, parliamentary and thematic axis: Alba-TCP, Celac and Petrocaribe “Towards a new integration in Our America”.

Also, Jorge González, representative of the Panamanian Coordinator of Solidarity with Venezuela, indicated that with this event, in Venezuela “a space is opened to discuss the construction of alternatives ways to the neoliberal model (…) It has been an explosion of critical debate and dissemination of proposals for the construction of societies based on justice and social progress ”.

He said that this meeting, at this time, is the most important initiative that is being carried out in the international arena for the construction of a multipolar, democratic and fair world, “where we definitively say No to the imperialist war and the interference of the great powers in the peoples of Latin America and the entire world”.

Gladys Requena, second Vice-president of the National Constituent Assembly and responsible for the Women’s Bureau, said that delegates from 22 countries from all continents participated in the activity and it was approved to build a worldwide articulation of women’s movements, with the aim of materializing the agreements reached at the meeting of women on the left-wing of the São Paulo Forum and the sectoral meeting of women held in Caracas, in September last year.

She added that they also agreed that Venezuela will coordinate the articulation mechanism and that an accession mechanism will be sought for women’s organizations that could not be present at the Meeting, product of the commercial blockade imposed against Venezuela and the interruption that US imperialism makes to stop the possibility that the Bolivarian Homeland can broaden the spectrum of communication in the world about the imperial war that plagues its people.