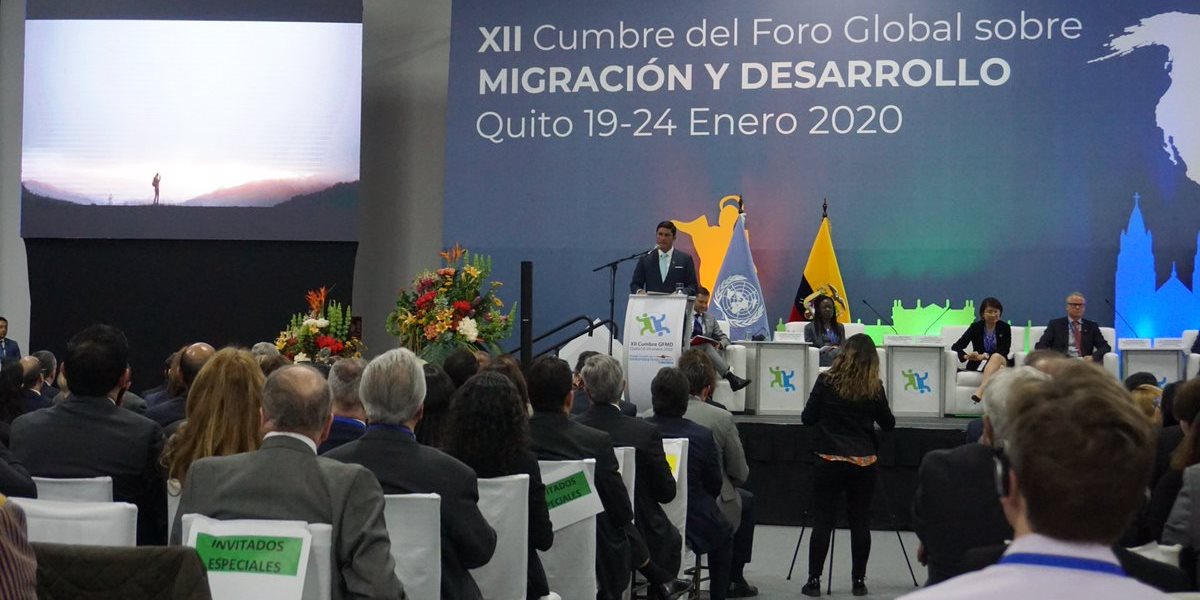 The XII Global Forum on Migration and Development (GFMD) takes place in Quito, Ecuador from January 20 to 24, in this Forum, international migration and its interrelations with development will be evaluated and discussed. For the Bolivarian Republic of Venezuela, the Vice-minister for Multilateral Affairs of the People’s Power Ministry for Foreign Relations, Alexander Yánez, participates.

Since 2018, Ecuador holds the pro tempore presidency of the GFMD, during this edition the South American country will transfer the presidency to the United Arab Emirates.

It should be noted that this Forum is a multilateral initiative that emerged from the United Nations General Assembly in 2006, and aims to analyze the multidimensional aspects of migration and development.

Among the proposals that Venezuela has made in this Forum is the non-politicization of the issue of migration and the defense of the institution of migration as an international right.

Likewise, the need to guarantee the Human Rights of all migrants who are exposed to a series of violations of their human rights, such as xenophobia, work paid below the minimum wage, enslavement processes, trafficking in persons, among others, was raised.

The Venezuelan delegation also stressed that the fulfillment of this objective is only possible through cooperation between countries.