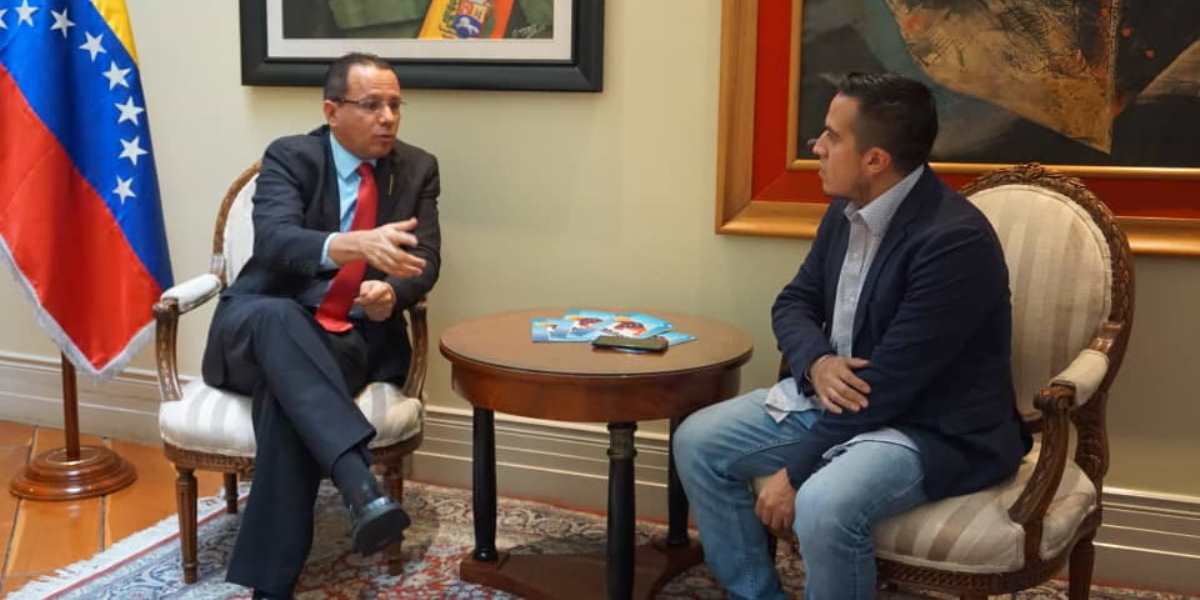 In an interview with the newspaper El Comercio, from Ecuador, the Vice-minister for Multilateral Issues of the People’s Power Ministry for Foreign Relations, Alexander Yánez, explained that there is an oversizing of the numbers of Venezuelan migrants in the region and that this indicates that there are countries that use this issue as a mechanism to obtain resources from international donors.

The Venezuelan diplomat, who participates in the XII Global Forum on Migration and Development, which takes place in Quito until January 24, indicated that the financing received by these countries it’s not used to address Venezuelan migration, but “the vulnerabilities of their social protection systems” and explained as an example that in Colombia they dismissed the head of Migration for having diverted funds from international cooperation for Venezuelan migration.

“That is happening in a good part of the receiving countries: they use the Venezuelan theme for which they oversize the figures in order to motivate the so-called donors so they grant the resources, which are then used for other things”, Vice-minister denounced.

The Vice-minister for Multilateral Issues insisted that the numbers of migrant nationals exposed by the receiving countries are “oversized, not responding to a scientific methodology. We have asked the receiving countries of our migrants to send us the figures and most do not respond to us, which is evidence that something is not right. They are oversized, because behind the immigration issue, based on the politicization of this issue, is international financing”, he reiterated.

He informed that this year the national population census is being carried out in Venezuela, which will yield the exact scientific figures of the true number of Venezuelan migrants.

Alexander Yánez stressed that another irregularity occurred with Venezuelan migration is that some countries accept the expired passport of Venezuelans, which contradicts the Vienna Convention and the Global Migration Pact, which establishes three essential principles: that migration be orderly, safe and legal, and “when an expired passport of any person is accepted, they promote the opposite”.

Regarding the issuance of passports in the country, diplomat Yánez explained that the Venezuelan document is ranked among the 30 safest in the world, is biometric, has a high-tech chip and several security systems; It is made with German technology and coercive measures affected that company, which was threatened that if it continued to work with Venezuela it would be sanctioned, which led to a reduction in passport production.

“We had to look for technological alternatives to this process, we already have them and in the last year more than 2 million passports have been printed to meet the internal demand and that of Venezuelans in other countries. This process is in a clear solution situation”, he said.

Vice-minister Yánez also noted that there is a fluid relationship in consular matters between Ecuador and Venezuela. “There was a slow process in some period for fundamentally political reasons, but yesterday in conversations with Ecuadorian authorities, it was said that this was in the solution phase and that the technical tables that had been done during the last two years to see the diagnosis of the situation from the perspectives of each country and find joint solutions, were going to be resumed. We hope to keep advancing in that cooperation with the government of Ecuador”.