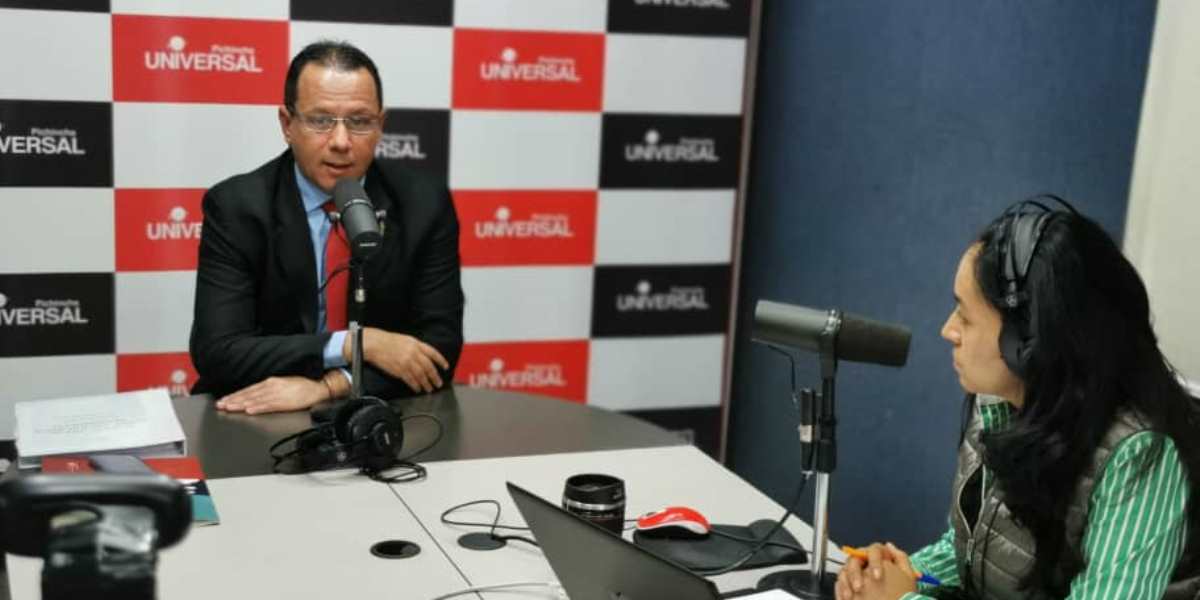 The Vice-minister for Multilateral Issues of the People’s Power Ministry for Foreign Relations, Alexander Yánez, held a dialogue on Tuesday with the journalist Licenia Espinel, who conducts the Punto Noticias program on Radio Pichincha. During this interview, the Vice-minister spoke about the participation and contributions of Venezuela in the XII World Forum on Migration and Development (FMMD) that takes place in Quito, Ecuador.

In the last two years Venezuela has turn from being a receiving country to an issuer of migrants, Vice-minister Yánez explains that this is due to the impact of the unilateral coercive measures that the United States government applies against Venezuela, which have damaged and distorted the Venezuelan economy, in addition of affecting the possibility of making international financial transactions for the purchase of medicines, food, among others.

“Venezuelan migration at this time is an economic migration, as 99.93% of the 16,000 people who have returned to Venezuela through the Vuelta a la Patria Plan affirm, and unilateral coercive measures have had a fundamental impact on it”, he said. .

The diplomat also pointed out the contradictions in which some countries of the self-appointed Lima Group enter, who complain about Venezuelan migration, but place restrictions on the Vuelta a la Patria Plan, which suggests a politicized management of the issue of Venezuelan migrants.

“If the Venezuelan government has the disposition to return its fellow citizens, why are restrictions placed? I talk about taxes, restrictions in the flight plan, in the supply of fuel that has already been paid by our country, because fuel companies are afraid of being sanctioned. Unilateral coercive measures even affect a return plan such as the Plan Vuelta a la Patria”, said Vice-minister Yánez.

He indicated that Plan Vuelta a la Patria is an unprecedented plan, “there is no similar plan in the world”, carried out with aircraft owned by the Conviasa airline, a plan made with own resources without any support from the United Nations agencies.

One of the elements that have been used to politicize the issue of migration is the manipulation of the figures, they have come to say that between 5 and 8 million people have left Venezuela, unreal figures that fall by their own weight when the UN reports on migration does not show Venezuela within the largest migration flows, this reveals that the figures are being manipulated.