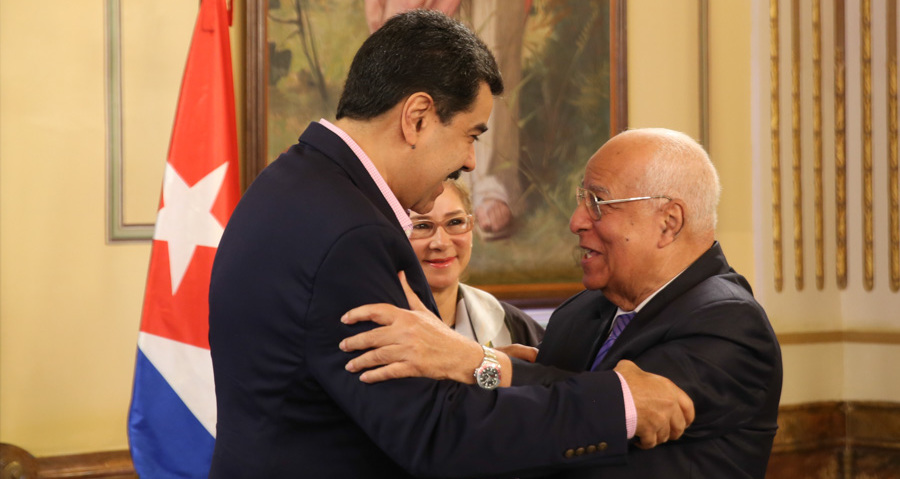 “Exemplary relationship of brotherhood between peoples, of meeting and reunion”, said the head of state and government, Nicolás Maduro Moros, the cooperative relations that Caracas and Havana sustain.

The month of October this year 2020 marks 20 years of the signing of integral agreements of the Intergovernmental Commission of the Cuba-Venezuela Integral Cooperation Agreement, an alliance that has been framed in joint support.

That is why, this Monday from the Simón Bolívar room of the Miraflores Palace, the Venezuelan president said that between Cuba and Venezuela there is a collaboration “in at least 12 sectors (…) among which; the Mision Barrio Adentro, José Gregorio Hernández, Barrio Adentro Deportivo, Ribas, Cultura Corazón Adentro, Sucre, Agroalimentaria, stands out as well as air transport, communications and finance programs”.

Along the same lines, the Head of State reported that throughout these 20 years of mutual assistance, “more than 250 employees have passed through Venezuela”.

He detailed that there are currently more than 25 thousand Cuban brothers and sisters in Venezuelan territory as part of the different social programs that are developed in the country.

The Cuba-Venezuela Agreement is an alliance for development, “for the well-being of the people and for peace” for this reason it must be attended daily, said the President.