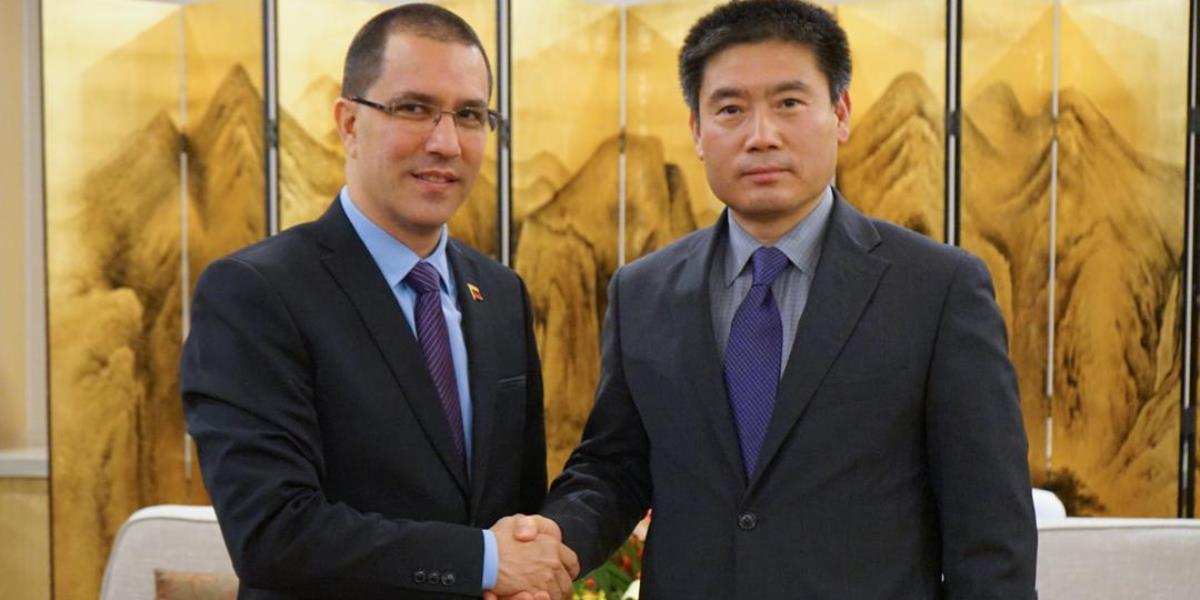 During his official visit to the People’s Republic of China, the People’s Power Minister for Foreign Relations, Jorge Arreaza, met on Saturday with Xu Datong, deputy governor of the historic province of Shaanxi and a member of the Communist Party of the provincial government, with whom he visualized possible areas of exchange to deepen the existing cooperation.

The provincial president explained that Shaanxi is located in the geographic center of China and that in the millenary history of this country, 13 dynasties erected the city of Xi’an – the main one of the province – as its capital; In addition, it served as a center of revolution in China, to the point that President Mao Zedong worked for 13 years in the province and the current head of state, Xi Jinping, worked seven years as a young man.

He stressed that in addition to being a historical, cultural and sacred place for communist militants in China, Shaanxi has abundant natural resources, oil, natural gas and coal, and a very advanced agriculture. It is also the epicenter of high development in science and technology, education, aviation industry, space and electronics, among other areas.

Vice Governor Xu Datong also stressed that Shaanxi has many exchanges in aspects such as science and technology, culture and commerce with the Venezuelan side. “We hope that through your visit, Mr. Chancellor, we can further strengthen the cooperation between Shaanxi and the Venezuelan side in commerce, culture and industries”, he said.

For his part, Foreign Minister Jorge Arreaza thanked the reception and commented that the teams of the Foreign Ministry and the Venezuelan Embassy in China unanimously chose Shaanxi Province as the second city to visit in the Asian giant, besides Beijing, due the interest to know the history of China, to have an approach towards one of the most important provinces of this country. “Venezuela has almost one million square kilometers, 30 million inhabitants and we have much to learn from Shaanxi province,” he said.

He explained that like the Chinese province, Venezuela has great potential in natural resources, oil, gas, minerals, fertile lands, water. He raised the possibility of promoting bilateral tourism and the exchange of cultural experiences.

Minister Arreaza was accompanied by the Vice-ministers for Asia, the Middle East and Oceania, Rubén Darío Molina and for North America, Carlos Ron, and the Venezuelan ambassador to China, Iván Zerpa.

The head of Venezuelan diplomacy arrived in China on Wednesday, January 15 and has met with important authorities, such as Vice-president Wang Qishan; his counterpart and state advisor, Wang Yi and the Minister of the International Department of the Central Committee of the Communist Party, Song Tao. He also developed the paper “The role of Venezuela in the defense of multilateralism” at the Institute of International Studies of China and held a meeting with the media.