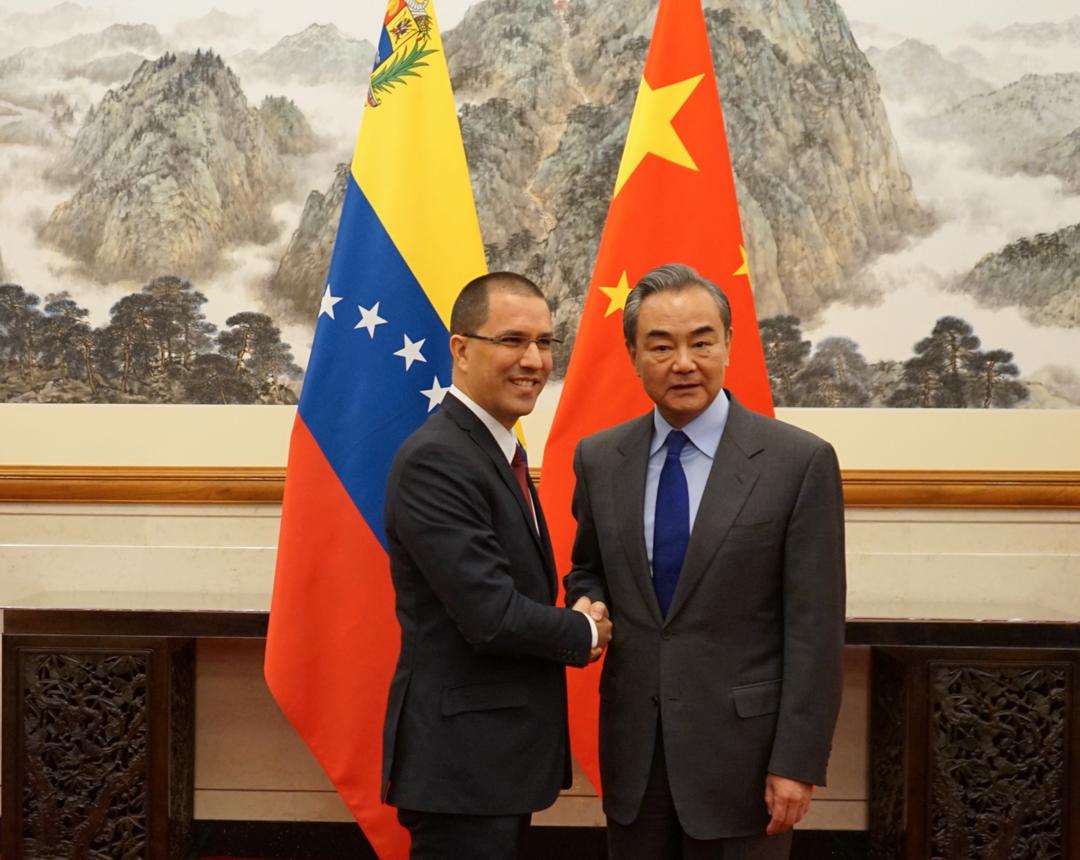 The People’s Power Minister for Foreign Relations of the Bolivarian Republic of Venezuela, Jorge Arreaza, and the Minister of State and Foreign Minister of the People’s Republic of China, Wang Yi, held a bilateral meeting this Thursday in Beijing as part of the agenda that the Venezuelan diplomat meets on an official visit to the Asian nation.

The meeting was conducive for the foreign ministers of Venezuela and China to evaluate a series of issues inherent in the integral strategic alliance between the two countries and other issues of common interest.

Foreign Minister Jorge Arreaza said during the meeting that, “Venezuela was in 2019 at the epicenter of the events in Latin America, attacked by the United States, and we have had the solidarity and deepening of cooperation with the People’s Republic of China”.

On this he added that “there is no force that can disturb our relationship and integral strategic partnership”.

Similarly, the People’s Power Minister for Foreign Relations, said that the role that China plays in diplomacy and peace geopolitics, is fundamental in the world, as well as being an example to follow from the economic point of view. “China is a great power that is about to become the first great economic power, and for Venezuela, for the construction of our socialism, it is a great reference”.

It should be noted that this is the first official visit received by the Chinese government in the year 2020.

The Venezuelan diplomat arrived in Beijing on Wednesday at the invitation of the Minister of State and Foreign Minister of the Asian country, Wang Yi.

The last meeting between the foreign ministers of Venezuela and China took place in September 2019 in New York, within the framework of the 74th Session of the General Assembly of the United Nations Organization (UN).