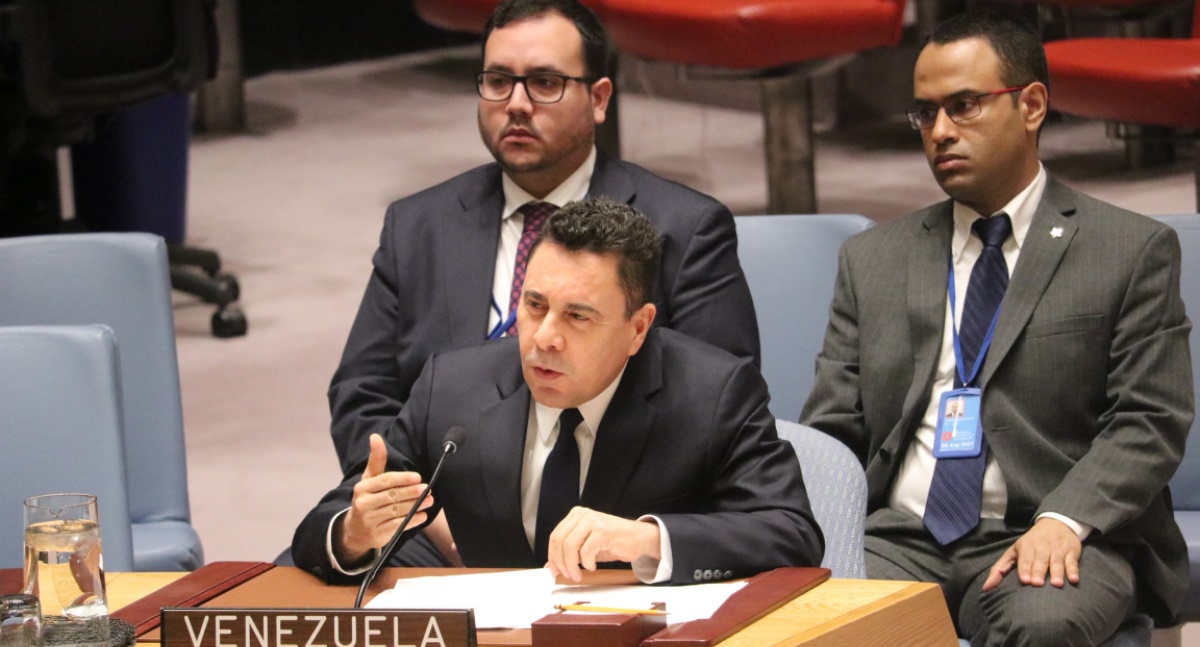 The permanent representative of the Bolivarian Republic of Venezuela before the United Nations Organization (UN), Samuel Moncada, reaffirmed on Friday his country’s commitment to the Charter and the norms of international law, while expressing the support of the country to the formation of a Group of Friends in Defense of the Charter of the United Nations, in order to guarantee to all the peoples of the world the effective application of the most important legal, moral and intellectual instrument designed by humanity to prevent the World War Three since 1945.

During the High Level Open Debate of the Security Council on the “Defense of the United Nations Charter for the Maintenance of International Peace and Security”, the Venezuelan delegation stressed that the founding document of that multilateral agency is a code of conduct for all UN member states, in which there is no possibility for deciding which section of the text to accept or reject, while stressing that compliance with it is the guarantee for the effective maintenance of international peace and security.

“Today we see that the resurgence of supremacist ideologies, denying the equality and diversity of humanity, takes the world to the brink of a warlike conflict with unpredictable consequences. An armed conflict that threatens even the existence of an entire civilization by a State that believes it is above international legality. A State that proclaims its military power and its “exceptionalist” ideology to impose its national sovereignty over the sovereignty of all the peoples of the world”, said the Venezuelan diplomat.

Samuel Moncada stressed that the 193 member states of the UN and, even more, the members of the Security Council, should avoid the catastrophe of an upcoming war, defending the Charter of the multilateral organization.

“In the history of humanity there has been no superior alternative to the Charter, ignoring its value and its obligatory character is not only a betrayal to the past generations that bequeathed that instrument of peace, but also a betrayal to future generations that deserve live without the unspeakable sufferings of war”, concluded the diplomat.