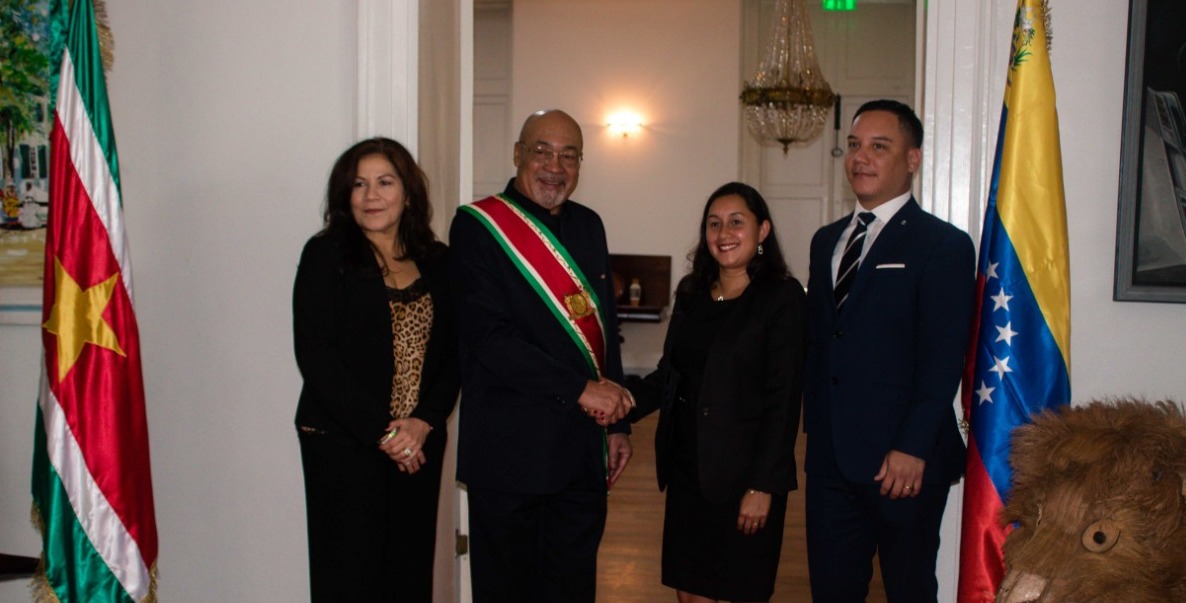 President of Suriname receives Credentials of new Ambassador of Venezuela

The president of the Republic of Suriname, Desirée Delano Bouterse, received on Monday the credentials of the designated ambassador of the Bolivarian Republic of Venezuela in that country, Ayerim Flores.

It should be noted that through a joint declaration signed in 2019 by the People’s Power Minister for Foreign Relations Jorge Arreaza, and the Chancellor of Suriname, Yldiz Pollack-Beighle, reaffirmed their commitment to strengthen and expand the existing cooperation and brotherhood ties as fundamental pillars for the benefit of both countries.

Foreign Minister Arreaza on that occasion was also received by the president of Suriname, Desirée Delano Bouterse, assuring him that the two nations would work in a unified way to continue deepening projects in health, agriculture, fisheries, work, security, connectivity and communication. 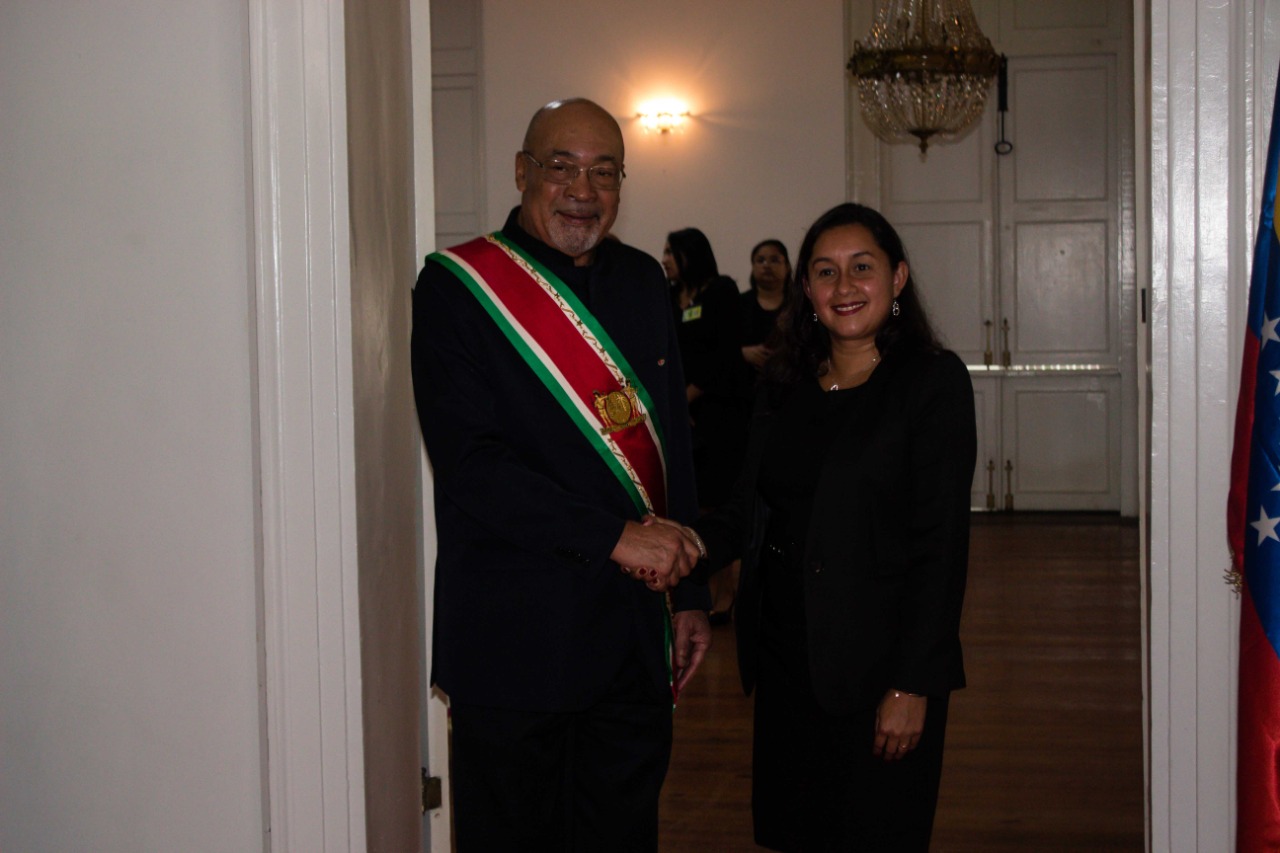