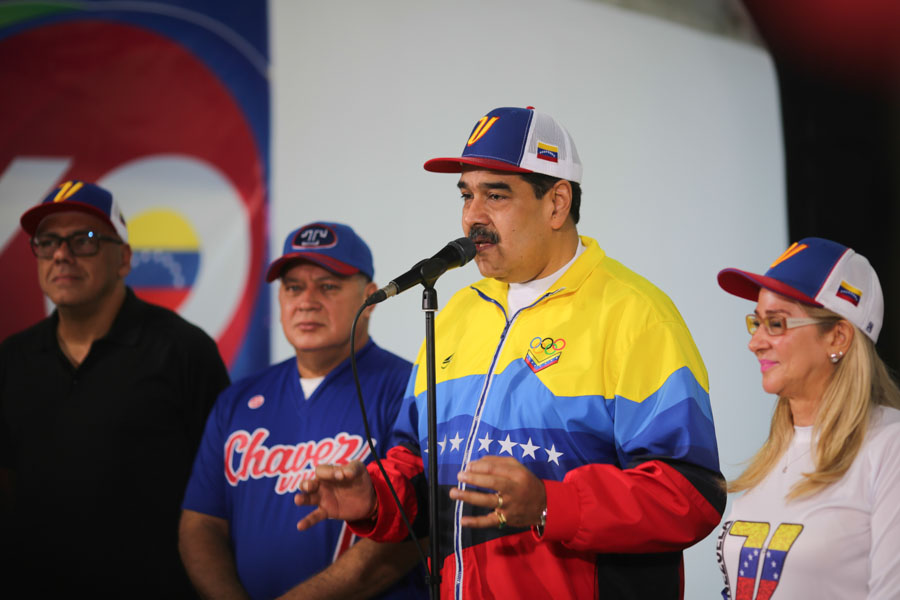 President Maduro denounces US manipulation in election of NA directive

The president of the Republic, Nicolás Maduro Moros, denounced this Sunday the interference of the Trump administration to manipulate the election of the National Assembly directive, “they called one by one to the deputies to threaten them”.

In this regard, he asked Foreign Minister Jorge Arreaza to issue a formal and public rejection statement on this issue that violates Venezuela’s political sovereignty.

“Imagine the world we are facing if the United States, threatening, is able to name the board and control the congresses of the world’s sovereign countries”, he said.

During a statement to the media about the inauguration of the Forúm La Guaira stadium, the President asked himself “Who has the power to elect the board of the National Assembly? The Venezuelan deputies or the United States?”

In that context, he affirmed that the Venezuelan people will decide the option of the Homeland and will choose a new National Assembly which is at the service of the interests of the great majorities.

As established by the Constitution of the Bolivarian Republic of Venezuela, this Sunday, a new directive of the National Assembly was elected for the period 2020-2021, which will be chaired by the opposition deputy Luis Parra of the Justice First party.

Also, Franklin Duarte of the Copei party, will hold the first Vice-presidency; and the second Vice-presidency will be for José Gregorio Goyo Noriega, of Voluntad Popular, while Negal Morales from Democratic Action will serve as secretary of Parliament.