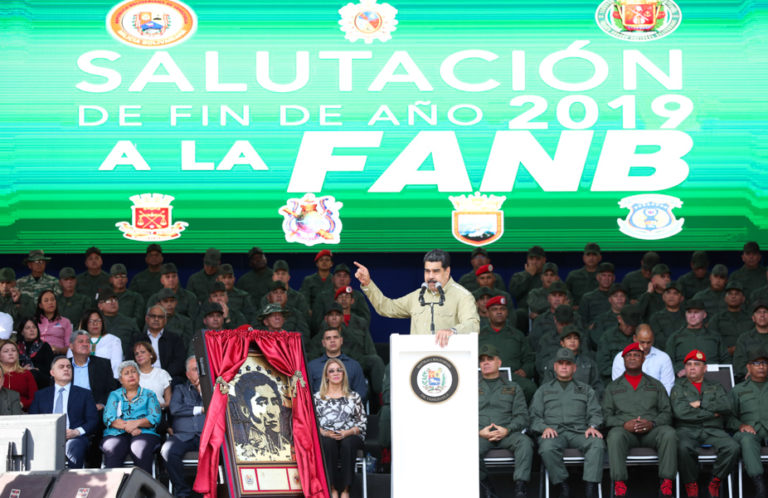 Colombia, Peru and Brazil participated in assault on military barracks in Venezuela

The president of the Bolivarian Republic of Venezuela, Nicolás Maduro Moros, reported Friday that the intention of the assailants of 120 rifles and 9 RPG rocket launchers of the 513 Mariano Montilla Battalion, of the Bolivar state, early Sunday, December 22, was to obtain weapons to make a false flag and justify a US military intervention against the country.

The assailants intended to carry out terrorist actions in Venezuela to generate destabilization during Christmas, as well as planned to assault other units in different states of the Venezuelan territory.

“Immediately, 111 of the 120 stolen rifles were reacted and 8 of the 9 grenade launchers and all the anti-aircraft missile material were recovered”, in parallel, intelligence work has led to the capture of 12 people who have declared training in Cali, Colombia, receiving money and support in Peruvian territory, to later move through Brazil.

In this regard, the President said that the governments of Brazil, Colombia and Peru have much to say about it, however they remain silent and support terrorist actions against Venezuela.

The Head of State stressed that terrorism has no borders and should be attacked, but with justice, law and courts of international law, for this reason the corresponding steps were taken and five mercenaries who participated in the assault of the Battalion 513 Mariano Montilla were captured.

“I have asked the Attorney General of the Republic, Tarek William Saab, to speed up the proceedings before the judicial authorities of Brazil, having the testimonies and evidence that these captured terrorists are deserters and also made an attack where – a Venezuelan soldier – was killed. – We request – that they deliver to the Venezuelan authorities the five terrorists who brought blood to a military headquarters that was at peace”, Maduro said.

In recent days the Vice-president for Communication, Culture and Tourism, Jorge Rodríguez, demanded that the High Commissioner for Human Rights, Michelle Bachelet and head of foreign affairs of the European Union, Josep Borrell be held accountable for the death of First Sergeant Luis Jampier Caraballo Marcano.

Just as he questioned the governments of Colombia, Ecuador, Peru and Brazil, related to the route of the criminal gang that he claims is being carried out under the orders of Juan Guaidó and Leopoldo López, to respond for the crime that happened and explain alleged financing and arbitrariness.