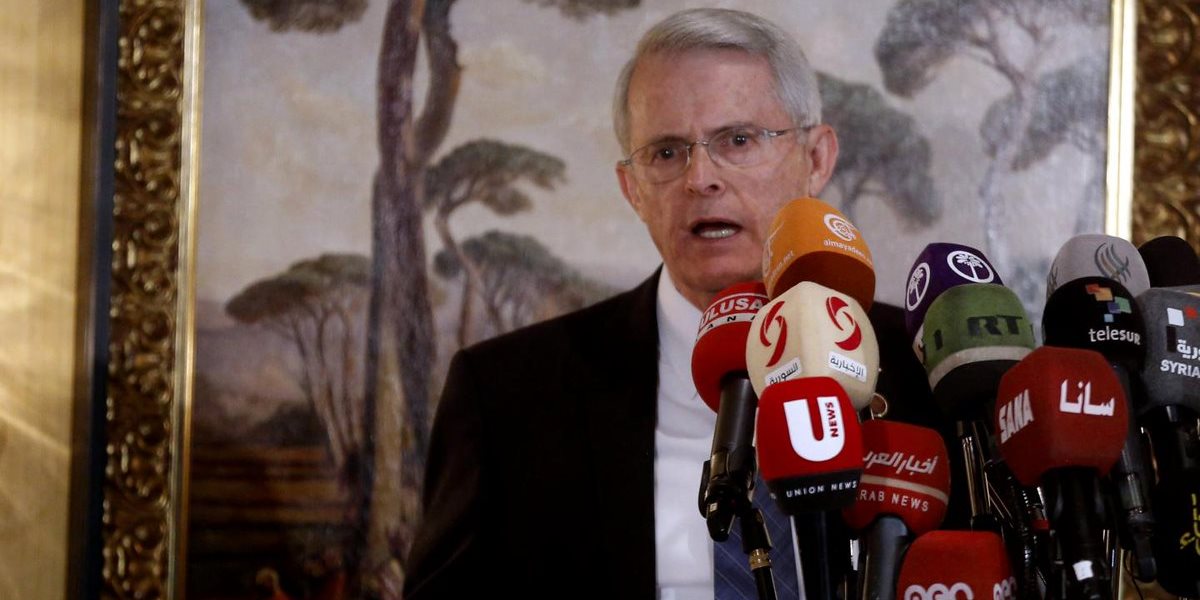 Richard Black, a US senator from the Republican Party for the state of Virginia, said the United States must stop interfering in the internal affairs of Venezuela and Bolivia, as well as eliminate coercive measures against the Venezuelan people.

The senator said Washington should lift the blockade and sanctions against Venezuela, because they are causing “unimaginable suffering”, especially by preventing the country from marketing its oil.

They cannot feed their people because we have cut off all sources of income, he said and also stressed that “we (the United States) need to leave Venezuela alone. Leave them alone. Let them solve their own government. I think that would be best for everyone”, he said.

“I will tell you that my confidence in my analysis was a little shaken because I had always thought that the Venezuelan economy was in bad shape due to the government. But it is difficult to determine when is the government and when the sanctions are the responsible”, Black said.

He commented that the United States, the State Department and the CIA (Central Intelligence Agency) were the ones who decided to give Juan Guaidó the rank of president. “It’s a joke, nobody listens to it and it’s a total puppet. Most nations don’t recognize his presidency”.

Black agrees with the statement made by the constitutional president, Nicolás Maduro, that Guaidó is a puppet of Washington and that the United States is orchestrating a coup d’etat to take by force the natural resources of Venezuela.

The United States stepped up sanctions against Venezuela in January, days after Guaidó called himself “Interim President”.

“It is not my Government and it is not up to me or any American to determine how Venezuelans should handle their affairs”, he said.

US also interferes in Bolivia

Black said that although the situation in Bolivia is different because it was the result of a coup d’etat by the Army, Morales had the majority support of the electors.

He said that again the United States selects a ruler for Bolivia. “I think it would have been better for Bolivians to solve things for themselves. The irregularities that occurred were due to internal struggles in Bolivia. It is not up to us to resolve it”, he said.

“This influence is our desire to see a new government there. There was concern on our part that the Chinese could begin to exert influence within Bolivia, and somehow it could have made it more difficult for the United States to obtain lithium for batteries than now we are using in cars (…) I think it was part of the equation at least”, he argued.

He said the US-led overthrows exacerbated immigration and drug trafficking problems, empowering groups such as the Sinaloa cartel in Mexico.

“If we stop micro-managing the region and allow people to experiment with any form of government they want, we would be much better, Latin America would be much richer and much more stable, and that would alleviate some of these pressures on the United States”, Black concluded.