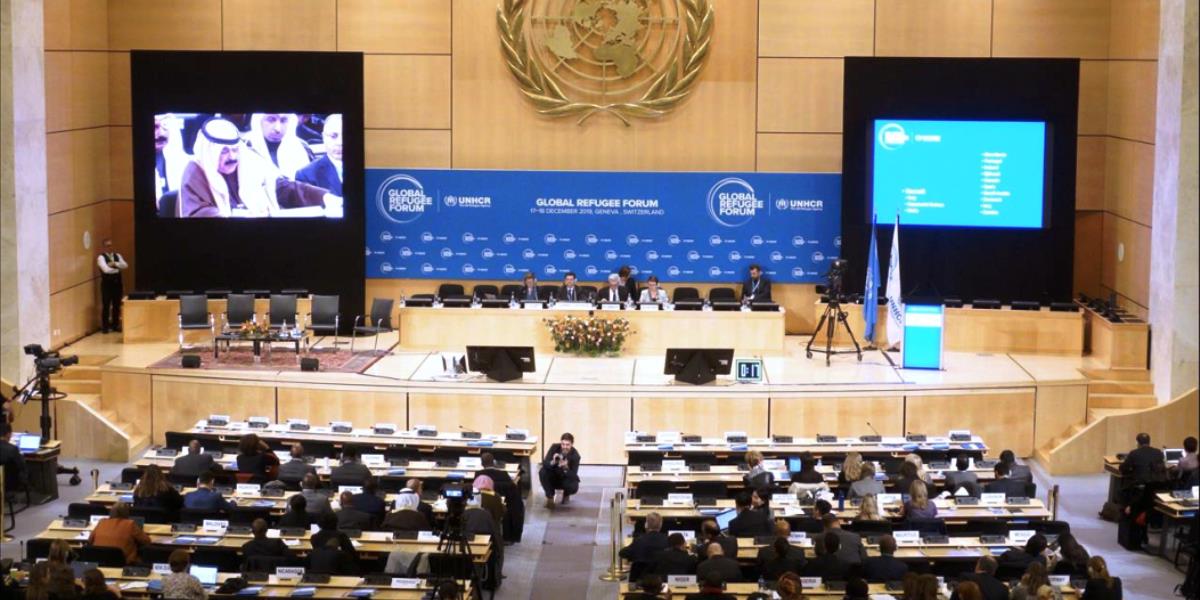 On behalf of the Bolivarian Republic of Venezuela, Eulalia Tabares, Director General of Consular Relations of the Ministry of Foreign Relations, denounced on Wednesday at the UN-Geneva “the absence of pronouncements and definition of actions against the root cause of Venezuelan economic migration”, generated by “the unilateral coercive measures imposed by the United States government and supported and applauded by countries that are in the panel at this time”.

This was stated in the forum “Integrated responses for the departure of refugees and migrants from Venezuela”, convened by the representations of Brazil, Colombia, Ecuador and Peru, within the framework of the first World Forum on Refugees, which concludes this Wednesday at the Swiss city, organized by the United Nations High Commissioner for Refugees (UNHCR).

“We observe a clear politicization of the multilateral spaces in which cooperation is discussed in the framework of the protection of refugees and migrants. The politicization is os obvious that an opposition deputy of the Venezuelan parliament is accredited as part of the Colombian delegation. I think that none of the countries present here would like to see another State accredit opposition officials of their nation”, she said.

Tabares reiterated that unilateral coercive measures are the cause of economic destabilization in Venezuela, which continues to be a host country for millions of migrants and refugees, specifying in this regard that “of the 2 million 872 thousand 695 homes delivered in Revolution, 359 thousand 250 were awarded to Colombian brothers”.

In reference to the neighboring country, she clarified that the bilateral treatment of the migratory issue is not being respected at this time, because “there is no bilateral dialogue to deal with it, when it is an international humanitarian principle”.

She also said that Venezuelans who migrated because of the induced crisis are returning to the homeland and joining the national economy, because they do not get favorable living conditions in the host countries, so a request was made for the repatriation of Venezuelans.

Tabares finally denounced that Venezuela did not receive a formal invitation to participate in the activity: “We call to respect the multilateral spaces and the countries concerned, when dealing with issues that involve us, as it is in this case”.