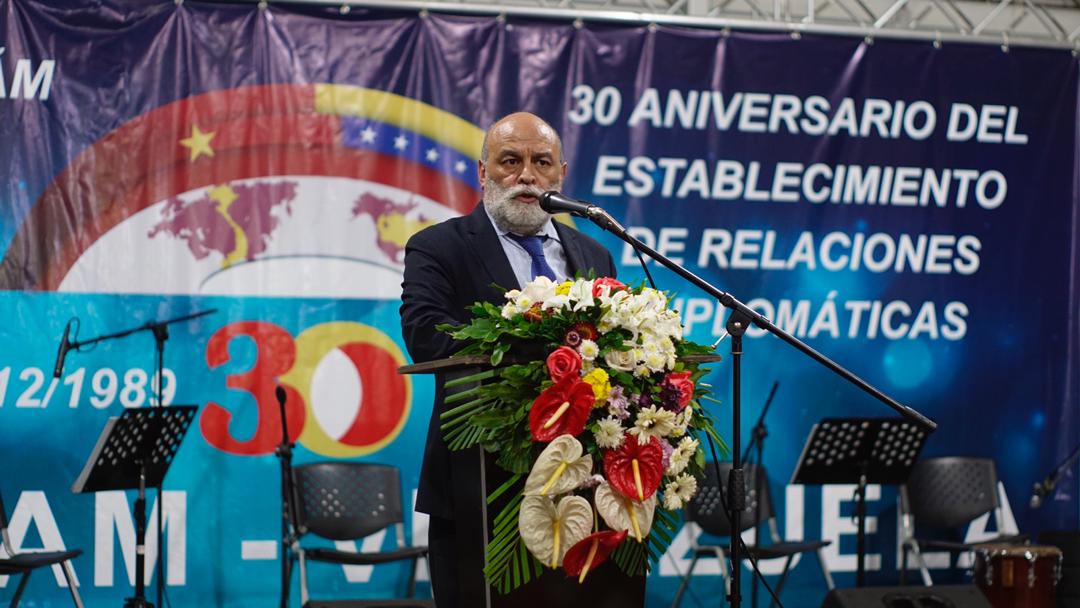 In a pleasant Decentranian atmosphere full of lights, colors, artistic and cultural expressions, the Bolivarian Republic of Venezuela and the Socialist Republic of Vietnam, celebrated on Monday the thirtieth anniversary of the establishment of their diplomatic relations.

The celebration was attended by diplomats and authorities from different accredited countries in the country, as well as the Vietnam Ambassador to Venezuela, Dao Thanh Chung and the Vice-minister for Asia, the Middle East and Oceania, of the People’s Power Ministry for Foreign Relations, Rubén Darío Molina.

During his speech, the Vietnam Ambassador highlighted the importance of the leftist ideology in both countries. On Vietnamese soil with the political and intellectual leader, Hồ Chí Minh and in the South American country with Liberator Simón Bolívar and Commander Hugo Chávez.

“We are proud of the relations between Vietnam and Venezuela, as well as the perseverance of our leftist ideals, with Hồ Chí Minh, Bolívar and Chávez”.

Along the same lines, Vice-minister Molina highlighted the strategic-political vision of the commander and leader of the Bolivarian Revolution, Hugo Chávez, who made a visit to Hanoi in 2006 to improve and strengthen bilateral ties and subsequently continued by the president Nicolás Maduro and other government authorities.

Among the cultural events presented in the spaces of PDVSA La Estancia, the exhibition of traditional dresses of the Vietnamese ladies ‘Áo Dài’, the dance show ‘Ada de sugar’, an adaptation of the nutcracker, and the dance of the hats stood out ‘Múa Nón’.

Both nations maintain cooperation agreements in the sectors of energy, oil, housing construction, culture, agriculture, among other strategic axes for joint development.

It should be noted that in October, President Nicolás Maduro held a bilateral meeting with the Vice-president of the Socialist Republic of Vietnam, Dang Thi Ngoc Thinh, at the Baku Convention Center, Azerbaijan, on the occasion of the XVIII Summit of the Non-Aligned Movement (NAM).