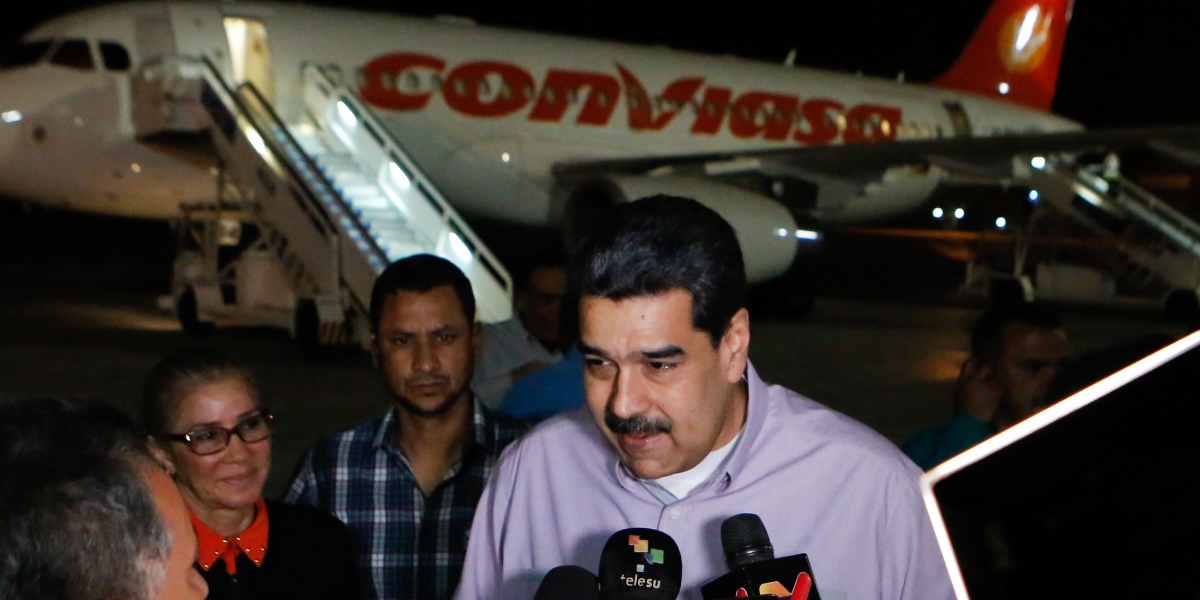 President Maduro: Emergence of antineoliberal changes will have favorable results for Latin America

“There is a great struggle for the future and that battle that we are giving will have a favorable result for the peoples of Latin America and the Caribbean, ALBA comes to announce the favorable result and the emergence of a new wave of anti-neo-liberal changes in the world”.

The words belong to the president of the Bolivarian Republic of Venezuela, Nicolás Maduro Moros, when he offered statements to international media in Havana, Cuba, in the framework of the Summit of the Bolivarian Alliance for the Peoples of Our America – Peoples’ Trade Treaty (ALBA-TCP), in its XVII edition.

“This is a Summit that brings a message of hope, of union to all the peoples that fight in Latin America and the Caribbean (convinced) that another world is possible”, said the Venezuelan president, assuring that ALBA-TCP is the route to build, from the roots, a true path of independence, sovereignty, equality and social happiness of peoples.

Fifteen years after the creation of ALBA-TCP in the Greater Antilles by Commanders Hugo Chávez and Fidel Castro, specifically on December 14, 2004, the dignitaries who form it meet to raise their voice once again, “ in political independence from the opinions of neoliberalism and wild capitalism that has destroyed so many peoples”.

On the other hand, the Venezuelan Head of State recalled the 25 years of the first visit of Commander Hugo Chávez to Cuba.

“On this same runway (José Martí International Airport) there was that great hug of union and meeting with Commander Fidel Castro, that was the time of the unique thought of the Washington consensus, the time of aggression and threat against Cuba, time of the economic recolonization and the word of resistance, hope, patriotic strength of Fidel and Chavez was opening the way, we are full of great hope for the future of Latin America and the Caribbean”, he said.