The National Commission for Refugees (Conare) put the Integral System of Refugee Management (Sigesref) into operation this Friday, which places Venezuela at the forefront in the region in terms of the attention and dignification of applicants for international protection.

Juan Carlos Alemán, president of Conare, in the company of the representative of the United Nations High Commissioner for Refugees (Unhcr), Carolina Matheus and members of the Commission, he presented the benefits of Sigesref at the main office, in Caracas, and then witnessed the issuance of the first card.

“The Sigesref replaces a purely manual system, which consisted of a sheet of paper where the applicant’s data and family nucleus were registered, with a card structured with a QR code that allows the complete identification of both the family nucleus and the person, including characteristics such as where he comes from; It is really well advanced and gives us greater control over the applicant’s entrance and file”, he explained.

He stressed that the cardholder will enjoy the guarantee of greater respect for his physical integrity and the rights he has as an applicant for international protection, in addition to what it means to appear before any authority with a more formal document.

The president of the Conare clarified that the Sigesref starts at the Caracas office, which covers the Central Region (Miranda, Carabobo, Aragua, La Guaira and the Capital District), so the document will be valid in these four states and the capital of the country, and estimates that by January 30, 2020, the System will be operational in the offices of Bolívar, Apure, Táchira and Zulia and thus cover 100% of the national territory.

Finally, he announced that he will present the System at the first World Forum on Refugees, which will be held in Geneva (Switzerland) on December 17 and 18, as an achievement of the Bolivarian Revolution, because in the midst of the unilateral coercive measures imposed by the United States government, the country managed to buy the equipment, design a software with a hundred percent national development and put Venezuela at the forefront in terms of compliance with international commitments and agreements signed in terms of attention to applicants for international protection and respect of human rights. 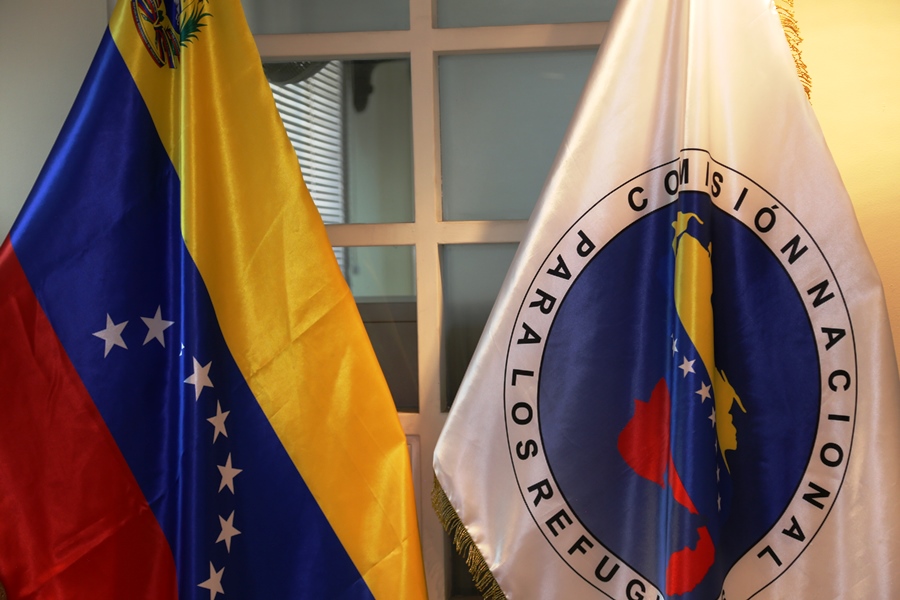