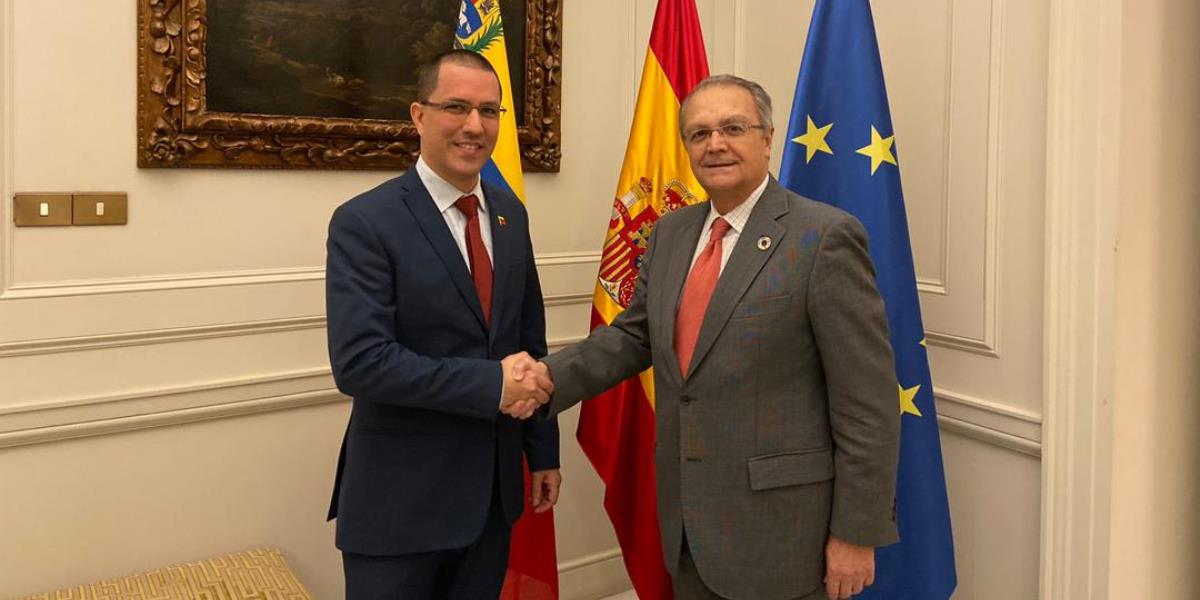 The People’s Power Minister for Foreign Relations, Jorge Arreaza, held a meeting on Tuesday with Juan Pablo Laiglesia, Secretary of State for International Cooperation, Latin America and the Caribbean of the Government of Spain, with whom he reviewed the situation of bilateral relations and the political dialogue in Venezuela.

This was reported by the Foreign Minister through his Twitter account @jaarreaza, where he also shared that they analyzed the regional situations in Latin America and Europe.

The Venezuelan diplomat is in Spain, where on Tuesday he also participated in the high-level segment of the XXV Conference of the Parties (COP25) of the United Nations Framework Convention on Climate Change, in which he urged the participating countries to renew the commitment to multilateralism and international law regarding the attention of the planetary climate crisis, which he warned is “almost a catastrophe and we have to stop it immediately”.

At the end of June this year, Minister Arreaza visited Spain and met in Madrid with the then Minister of Foreign Relations, European Union and Cooperation of Spain, Josep Borrell, sharing the interest of moving along the dialogue path as the only way to guarantee the prosperity of Venezuela.