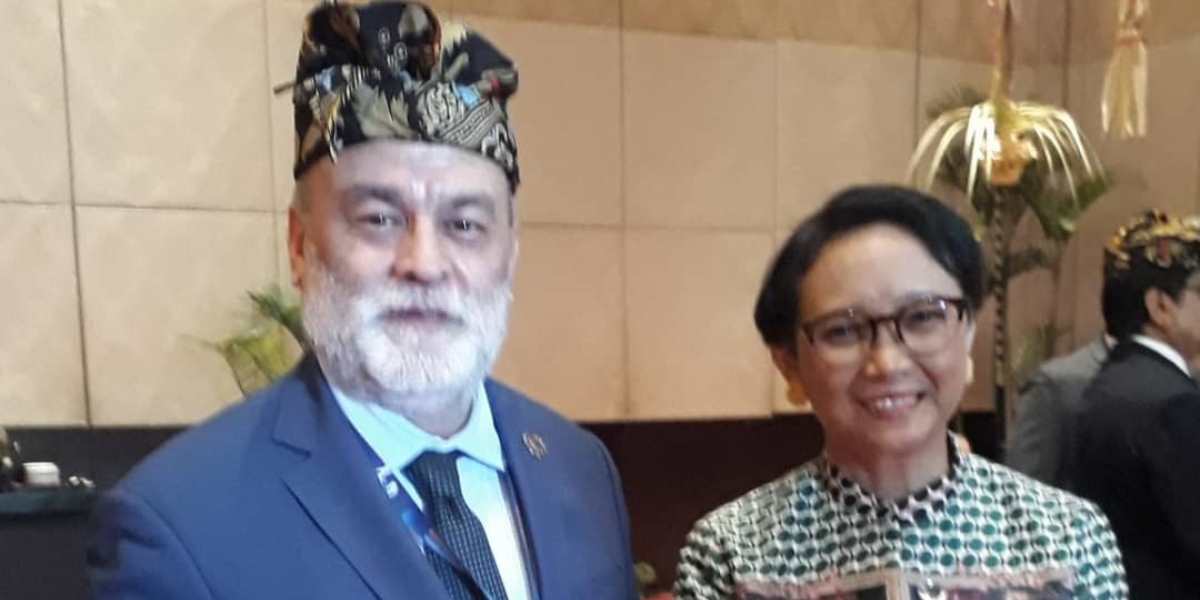 In the framework of his assistance as a representative of the Government of the Bolivarian Republic of Venezuela to the XII edition of the Democratic Forum of Bali, in Indonesia; Vice-minister for Asia, the Middle East and Oceania of the People’s Power Ministry for Foreign Relations, Rubén Darío Molina, held bilateral meetings with authorities of the governments of the host country and Qatar.

With the Indonesian foreign minister, Retno Marsudi, and the general director of America and Europe, Teuku Faizasyah, the strengthening of cooperation between the two nations was discussed, which this year commemorated 60 years of the establishment of diplomatic relations, which have been strengthened in the Bolivarian Revolution years, with the increase in commercial volume, as well as investment and tourism.

Likewise, Vice-minister Molina met in Bali with the Minister of State for Foreign Affairs of Qatar, Soltan bin Saad Al-Muraikhi, in order to strengthen the cooperative relations between the two countries that share the characteristic of having important oil and gas reserves.

The Venezuelan diplomat develops a working tour in the countries of Southeast Asia, within the framework of the Bolivarian Diplomacy of Peace and the deepening of alliances with the member states of the Association of Southeast Asian Nations (Asean), through which he has held meetings with representatives of the governments of the Republic of Singapore and the Kingdom of Cambodia.