The Final Declaration of the International Communication Congress “Now Speak the Peoples!”, Read on Wednesday by Colombian-Venezuelan delegate María Fernanda Barreto, condemns the coup d’etat in Bolivia perpetrated under the direction of the White House and with criminal consent of the Organization of American States (OAS), and denounces the economic and financial blockade against Cuba and Venezuela.

“The blockade is a genocidal state policy of imperialism, aimed at subduing the peoples”, says the concluding document of the Congress, held in Caracas from December 2 to 4.

Likewise, the Declaration welcomes the victory of the Sandinista National Liberation Front in Nicaragua, given the attempted coup d’etat promoted by the US empire and endorses the just demand of the people of Chile that stands against neoliberalism, despite the massive violation of human rights, the communication veil and the criminal silence of the United Nations High Commissioner for Human Rights, Michelle Bachelet.

The Declaration also denounces the misappropriation of personal information with the use of Big Data based on communication campaigns that aim to modify the behavior and subjectivity of the peoples; advocates respect for the privacy of users of online platforms and warns about the use of social networks to persecute those who disagree with neoliberal policy.

Another conclusion is to coordinate in the capitals of the world a working day for next December 9, the day of the commemoration of the Battle of Ayacucho, in order to condemn the interference policies of US imperialism in Our America.

The International Congress also approved a Special Resolution in solidarity with the journalist, communicator and social fighter, Julian Assange, creator of the Wikileaks confidential information portal, illegally detained in the United Kingdom for publishing evidence of various attacks by imperialism.

In this sense, he demands his immediate release, being detained in inhuman conditions by the English authorities, deprived of his legitimate right to medical assistance, after the president of Ecuador Lenín Moreno revoked the asylum granted by his predecessor Rafael Correa. 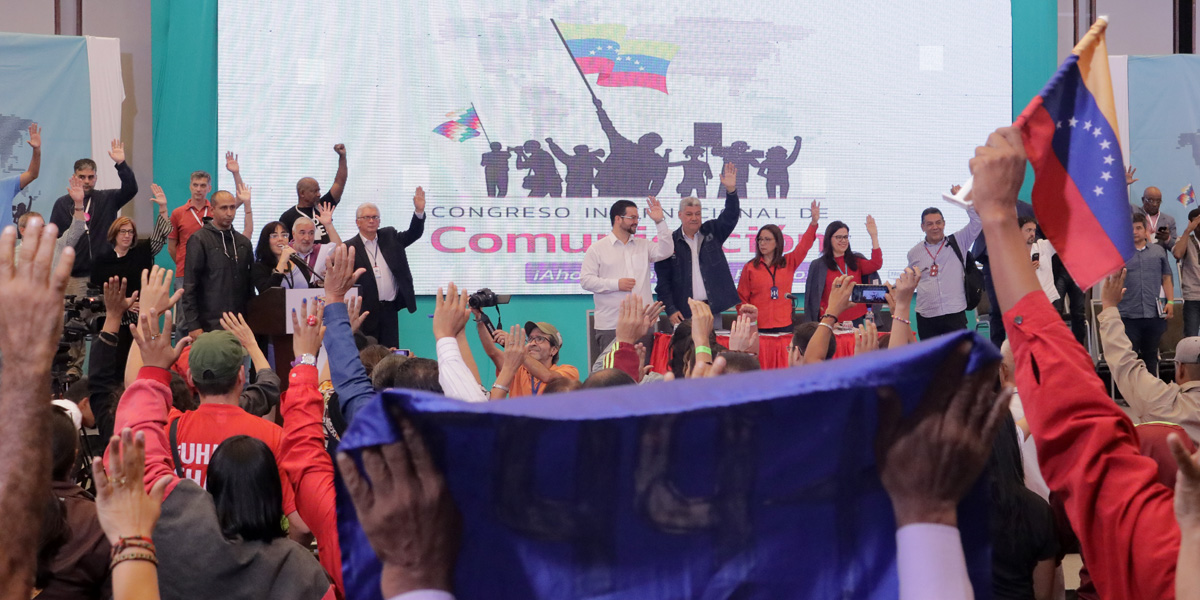