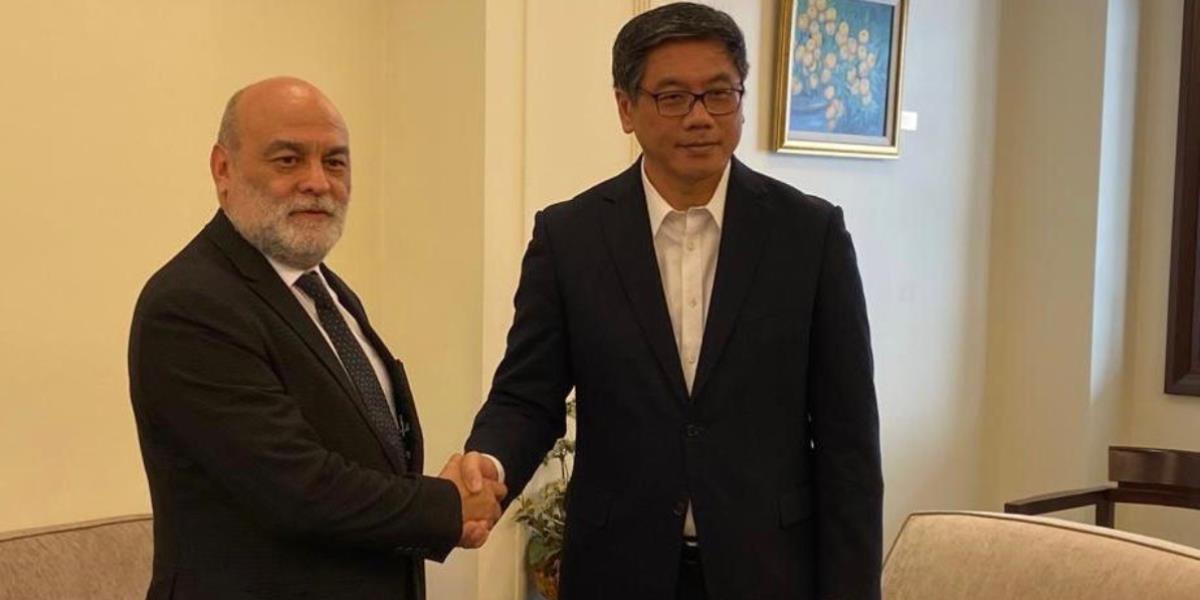 In the continuation of his working tour of Southeast Asia, the Vice-minister for Asia, the Middle East and Oceania of the People’s Power Ministry for Foreign Relations, Rubén Darío Molina, held a meeting on Monday with Ng Teck Hean, deputy secretary for Asia Pacific and for Southeast Asia of the Ministry of Foreign Affairs of the Republic of Singapore.

During the meeting, interest was shown in developing partnerships with Venezuela that allow investments that contribute to the development of both peoples, within the framework of respect for International Law, sustainable development and peace with social inclusion.

Singapore is the second largest economy of the Association of Southeast Asian Nations (Asean), it has the second port and airport with the highest volume of goods and connections of flights and passengers in the world.

As part of this tour, the Venezuelan diplomat met on Saturday with the Deputy Minister to the Prime Minister and Permanent Secretary of State of the Ministry of Foreign Affairs of the Kingdom of Cambodia, Ouch Borith and signed a memorandum of understanding that opens the doors for cooperation bilateral in political, economic, commercial, scientific, technical and cultural matters between the two countries.