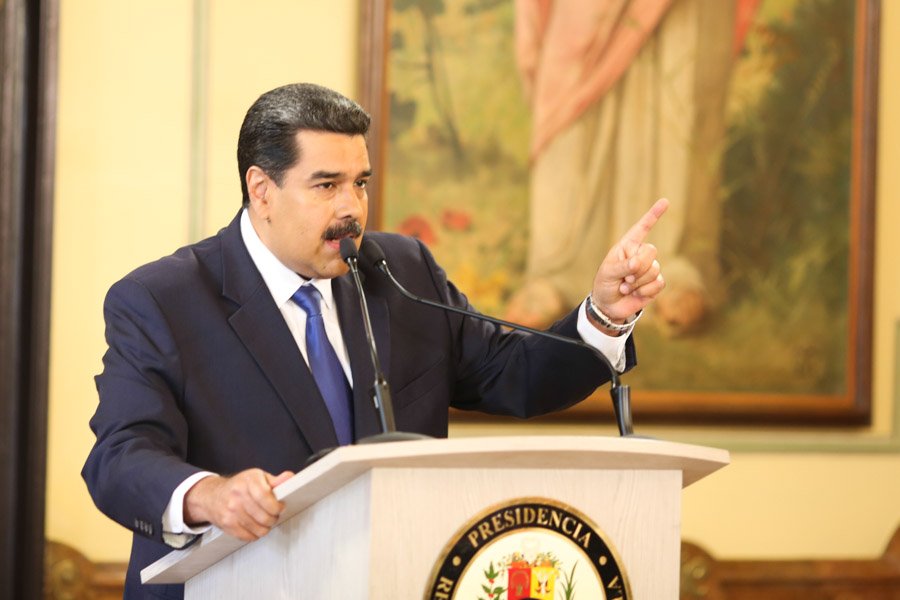 When we are close to the beginning of the Twenty-Fifth Conference of the Parties to the United Nations Convention on Climate Change, I am obliged, in my capacity as Head of State of the Bolivarian Republic of Venezuela, and cohabitant of this Mother Earth, to share common concerns about the serious threats that loom over our planet and the human species.

HEADS OF STATE AND GOVERNMENT
BROTHER PEOPLES OF THE WORLD

When we are close to the beginning of the Twenty-Fifth Conference of the Parties to the United Nations Convention on Climate Change, I am obliged, in my capacity as Head of State of the Bolivarian Republic of Venezuela, and cohabitant of this Mother Earth, to share common concerns about the serious threats that loom over our planet and the human species.

The States Parties to the 2015 Climate Change Agreement, reached a position coupled in basic lines to stop the pernicious global warming and the emission of greenhouse gases.

From Venezuela we proposed to advance in deeper commitments knowing that limiting the warming to 1.5 or 2 degrees Celsius placed us in limits of complex risks. Despite this, Venezuela signed this Agreement as an expression of a common international will to act against the ravages of climate change.

We warned since then that deforestation, land conversion, desertification, alterations of freshwater systems, overexploitation of marine resources, pollution and loss of biological diversity, constitute variables and categories identified with the retrograde capitalist model.

Climate change is today an undeniable reality, its manifestations are in sight and its consequences are increasingly catastrophic. The most recent reports from the UN specialized agencies as well as their expert groups give certainty of new records in the levels of greenhouse gases, leading to sea level rise, ocean acidification and other extreme phenomena, making the hottest five years ever recorded. In the words of the UN Secretary General himself, “the point of no return is no longer on the horizon. It is in sight and rushes towards us”.

If the urgent corrections cannot be applied in the short term on current capitalist production policies, we run the risk of causing irreversible damage to our planet and consequently we will face much more devastating climatic calamities for our peoples, and mainly, the most socioeconomically and demographically vulnerable. We are the peoples of the South who are on the first line of mass extinction due to the climate crisis. We are called to real development: human, green and speaking the language of Pachamama.

Who does not want to see the climatic emergency that we face, suffer from a visual disability or lives in the White House.

There is a historical responsibility of industrialized countries for what is happening in environmental matters. On one hand, they are not fulfilling the commitments they made to reduce greenhouse gas emissions; on the other, they intend to ignore the multilateral system of negotiation of environmental issues in order to evade their obligations and transfer them without a shame to developing countries.

Distinguished Heads of State, Government and Peoples of the world, the time has come to raise your voice with courage and determination. We must assume the urgent and indelible task of saving our Earth Mother. The countries of the South must make our agenda of defense and protection of the environment, because not in vain we are the natural reservoir of the planet.

I summon from Venezuela to an unavoidable and unappealable global action in defense of the human species and the Common House that shelter us all, for living in community, fraternally, and in harmony with nature.

I thank the Government of the Kingdom of Spain for hosting this Conference of such a transcendental content, so human, so ours.

In verses of our indigenous peoples: One day/ the moon will stop in the sky/ The flowers will dry/ And in the jungle only the stones will grow/.

Let us add our hearts and human consciences
for the stones to bloom.