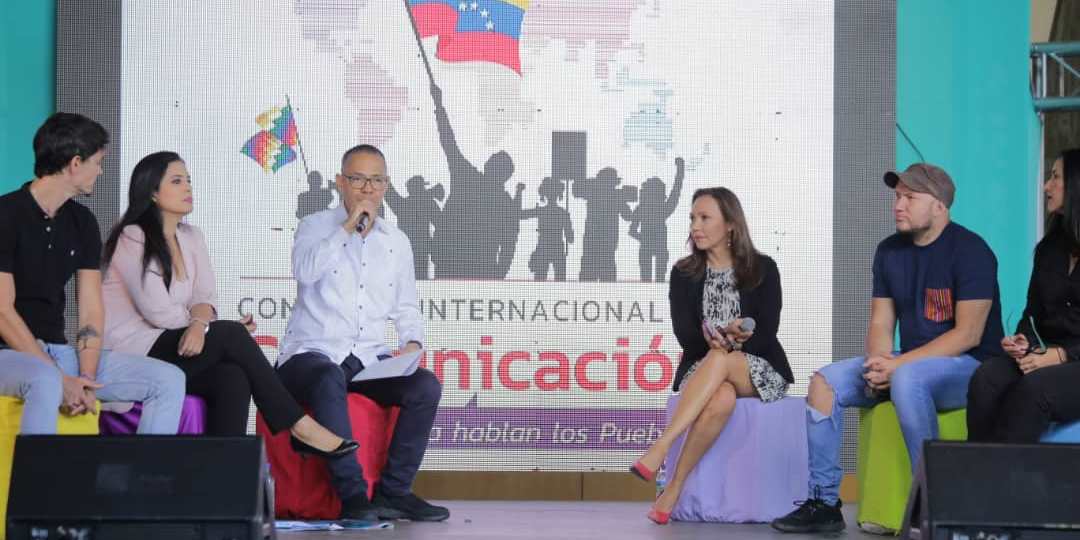 Panel of communicators in Caracas evidence media manipulation about Venezuela

The spaces of the Teresa Carreño Theater in Caracas were the scene this Monday of the “Panel of Communicators: Coverage of conflicts with class vision”, an anteroom to the International Communication Congress to be held in the Bolivarian Republic of Venezuela this Monday, Tuesday and Wednesday.

The panel, which is part of the activities agreed upon the XXV edition of the Sao Paulo Forum, was conceived as an open space with attenders linked to the area in which, various communicators, recognized for their journalistic coverage in various conflicts in the continent, reasoned about the exercise of communication in the current political, economic and social conditions.

In his initial words, the Venezuelan journalist and Minister of Culture, Ernesto Villegas, established the so-called “Battle of the Bridges” as the starting point of the deliberations, giving way to the events that took place at the Colombian – Venezuelan border on February 22 and 23, 2019.

“Many are surprised by the awakening of the peoples of Latin America, with the courageous attitude of the Chilean people, the brothers of Ecuador, the resistance of the people of Bolivia, and the Colombian people; but this movie of the year 2019 started on February 23 of this year, in the Táchira State when the Battle of the Bridges was staged”, said Minister Villegas.

International delegates from more than 40 countries also denounced the international media campaign on Venezuela, while human rights violations and coups in other countries of the continent are censored.

Consequently, they agreed on the need to articulate actions to counteract the discredit matrices against Caracas.

“At this current juncture in Latin America, which Venezuela is living, it is very important to join all communicators to coordinate a network of communicators that serves to counteract the campaign that is being developed against Venezuela and against the peoples that are fighting ( …) There is a look to condemn what happens in some countries and there is an elusive look to denounce what happens; The clearest example is that of Bachelet, who had a look at the Venezuelan process but in her country they are persecuting, torturing, killing Chileans”, said the Argentine communicator Jorge Drkos.

The International Communication Congress will be held in the Venezuelan capital under the slogan “Now the peoples speak”.