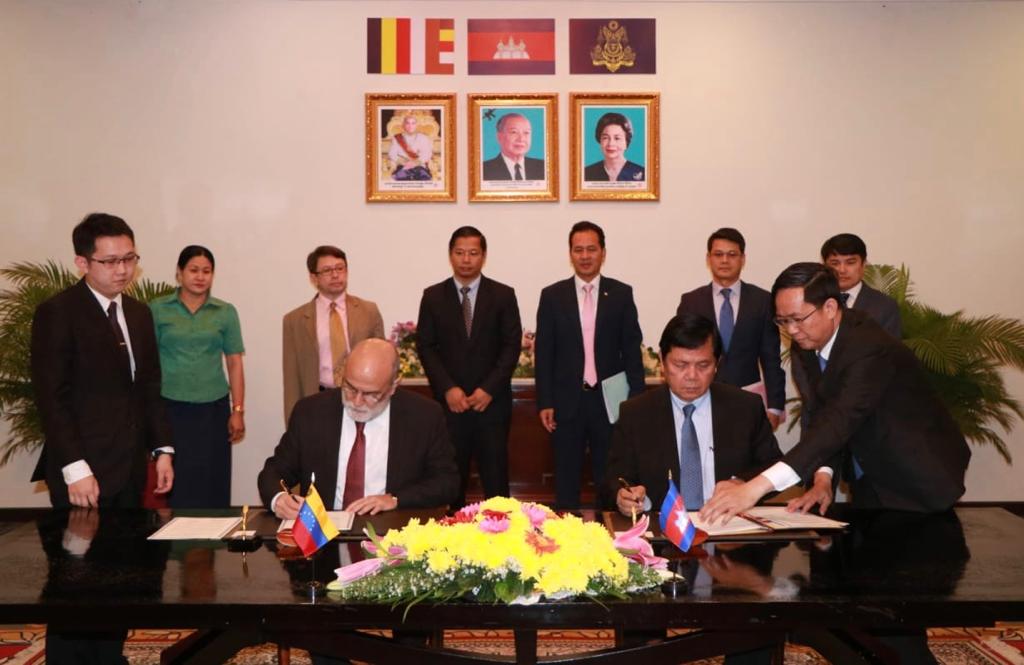 This Saturday, during his visit to the Kingdom of Cambodia, the Vice-minister for Asia, the Middle East and Oceania, Rubén Darío Molina, held an important working meeting with the Vce-minister to the Prime Minister and Permanent Secretary of State of the Ministry of Foreign Relations of this Country, Ouch Borith.

During the bilateral meeting, both diplomatic authorities signed a memorandum of understanding that will allow further discussion and agreements on bilateral issues.

With the signing of this memorandum of understanding, the ties of bilateral cooperation in political, economic, commercial, scientific, technical and cultural matters between Venezuela and the Kingdom of Cambodia are projected.

Finally, Vice-minister Rubén Darío Molina and the Vice-minister, Ouch Borith, expressed their desire to keep contributing to the strengthening of the brotherhood between the two nations.