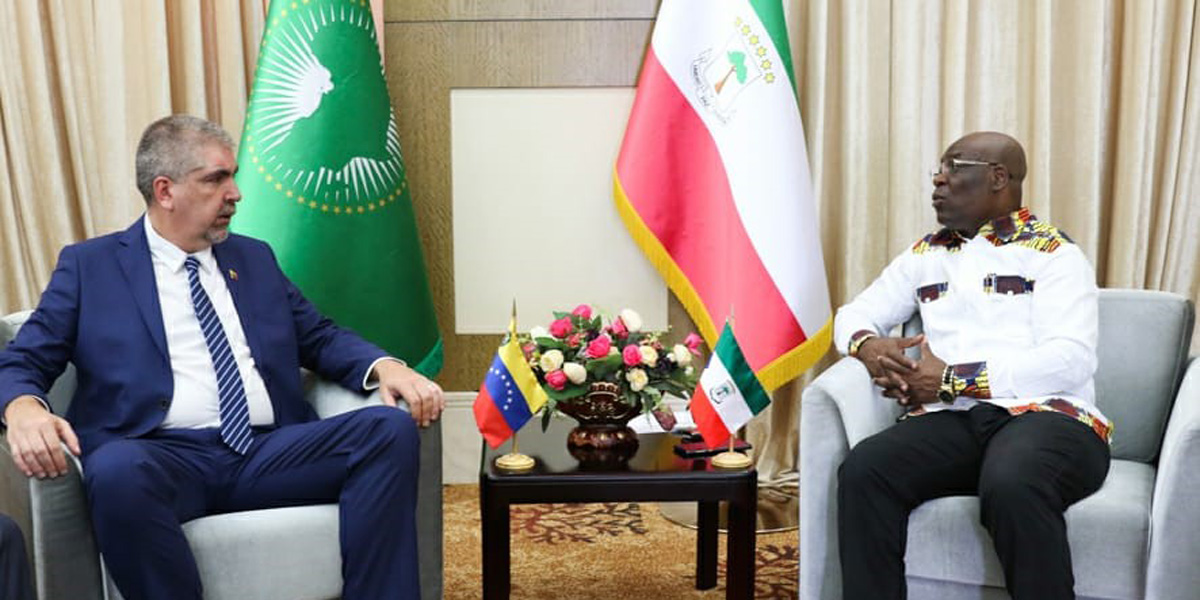 As part of the work agenda developed by the Vice-minister for Africa of the People’s Power Ministry for Foreign Relations, Yuri Pimentel, in the framework of the V Summit of the Gas Exporting Countries Forum, in the Republic of Equatorial Guinea, on Saturday he held a series of meetings with high authorities of the Equatorial Guinean government.

In this regard, the working meeting with the Minister of Foreign Relations, Simeon Oyono Esono, served to strengthen bilateral cooperation ties between Venezuela and Equatorial Guinea.

On the other hand, Vice-minister Yuri Pimentel and the Minister of Transportation, Technology, Mail and Telecommunications of the African country, Rufino Ovono Ondo Engonga, reviewed the cooperation agenda that the two nations develop.

The tight work agenda that the Venezuelan Diplomat held, culminated in a bilateral meeting between the Secretary of State of Civil Aviation of Equatorial Guinea, Alfonso Osa Nguema, where the authorities said they will continue to contribute to the welfare of the brotherly peoples.

It should be noted that previously the People’s Power Minister for Petroleum, Manuel Quevedo, was received by the president of Equatorial Guinea, Teodoro Obiang Nguema, where they held a bilateral meeting in the framework of the V Summit of the Gas Exporting Countries Forum, which culminated last Friday, November 29 and where five agreements on oil were signed between the two countries.