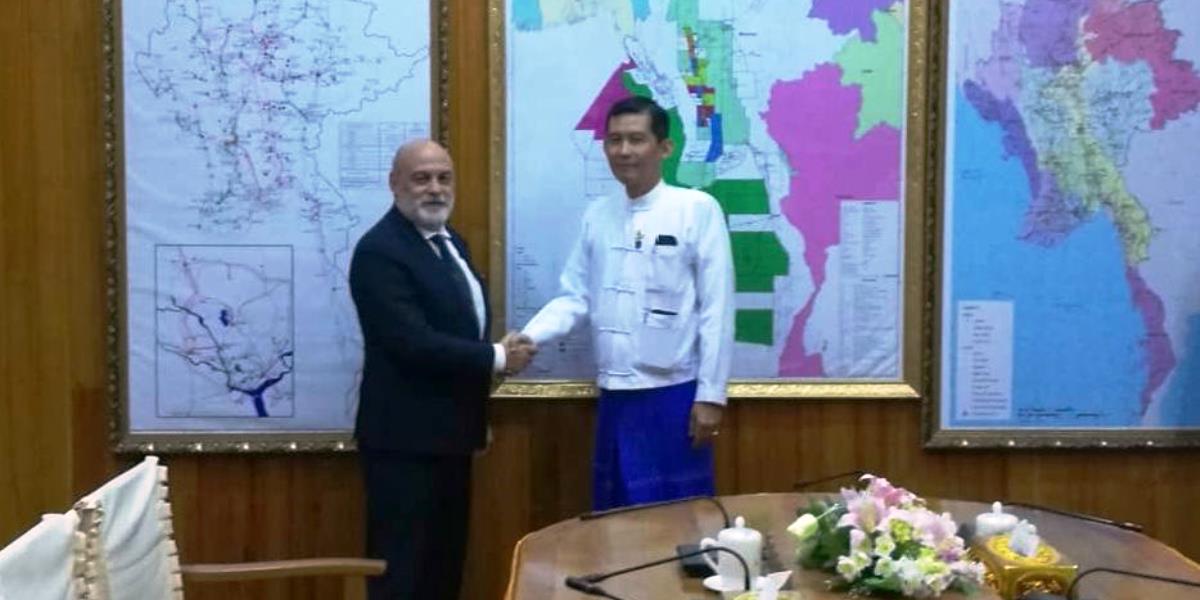 At the end of his visit to the Republic of the Union of Myanmar, Rubén Darío Molina, Vice-minister for Asia, the Middle East and Oceania of the People’s Power Ministry for Foreign Relations, met on Wednesday with different authorities of the government of this nation, strengthening the Bolivarian Peace Diplomacy and diversifying relations with the members of the Association of Southeast Asian Nations (Asean).

In the meeting with Khin Zaw, permanent secretary of the Ministry of Agriculture, Livestock and Irrigation, the Venezuelan diplomat addressed the establishment of cooperation and mutual assistance in food production, under the principles of food security and sovereignty of both peoples.

He also spoke with the Vice-minister of Electricity and Energy, Tun Naing, and planned to make mutual visits, after reaching the respective agreements with the signing of the Integral Cooperation framework.

Another working meeting was held with Ye Myint Swe, Vice-minister of Natural Resources and Environmental Protection of Myanmar, dealing with topics inherent to this area linked in Venezuela with the fifth Historical Objective of the Law of the Plan de la Patria (Homeland Plan), on the preservation of Life on the planet.

Prior to these meetings, the Vice-minister for Asia, the Middle East and Oceania, met on Tuesday with the permanent secretary of the Myanmar Ministry of Foreign Relations, Soe Han, addressing various issues of bilateral interest, one year after the thirtieth anniversary of the establishment of diplomatic relations, on November 20, 2020.