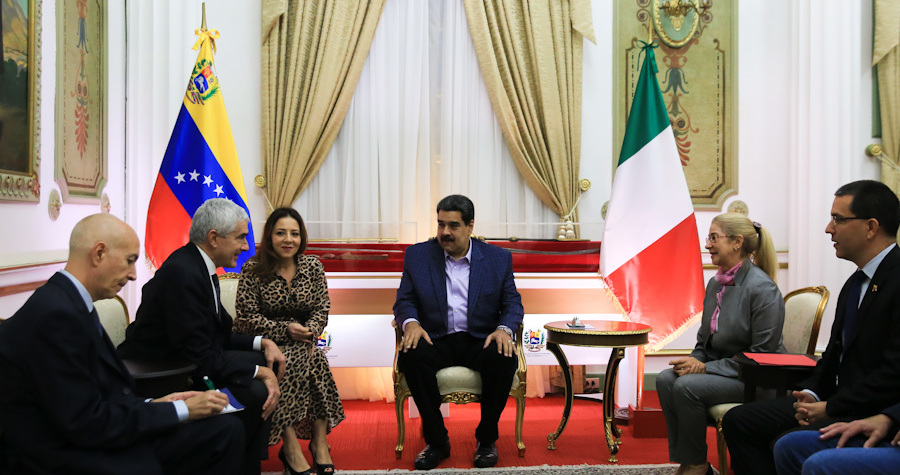 The constitutional president of the Bolivarian Republic of Venezuela, Nicolás Maduro Moros, received in the Miraflores Palace, located in Caracas, Senator Pier Ferdinando Casini, president of the Interparliamentary Union of the Italian Republic, with the aim of continuing to expand the ties of cooperation between Venezuela and the different nations of the world.

The meeting, which took place in the context of the Bolivarian Diplomacy of Peace for the consolidation of a new multi-center world, took place in Office No. 1 of the Government Palace, where Plácido Vigo, part of the Italian delegation of business of this nation before Venezuela, also attended.

The head of state was accompanied by the Foreign Minister of the Republic, Jorge Arreaza, and the Chargé d’affaires of the Bolivarian Republic of Venezuela before the Italian Republic, María Elena Uzzo.

The meeting between the two nations strengthens the bonds of fraternity and mutual cooperation for the new world geopolitics, based on respect for the self-determination of peoples. 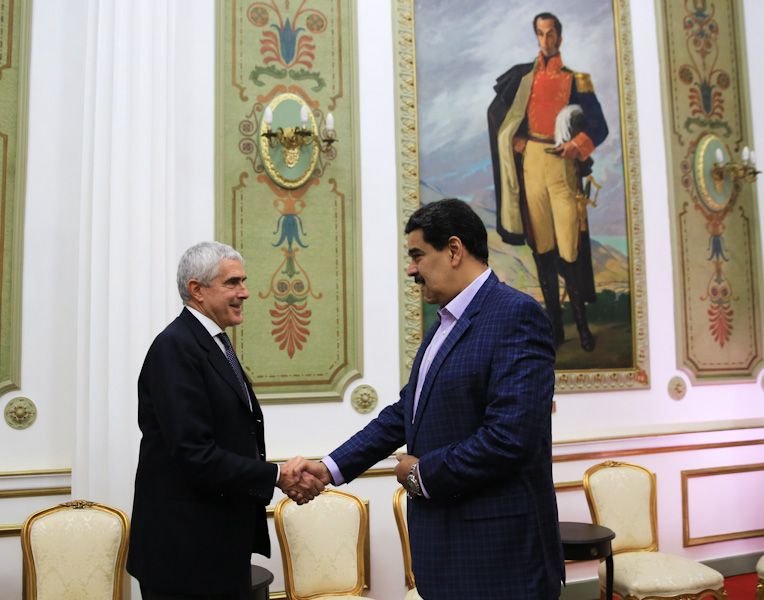