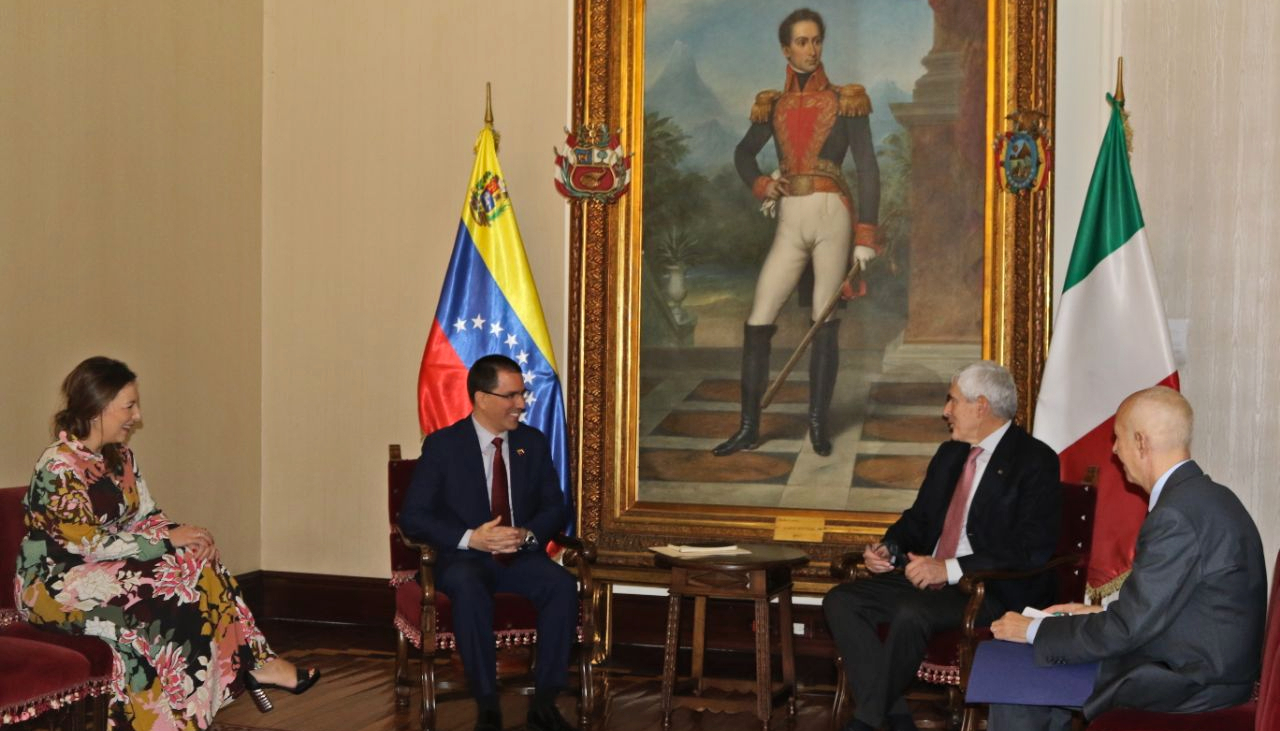 This Tuesday, at the Casa Amarilla Antonio José de Sucre, the Foreign Minister of the Bolivarian Republic of Venezuela, Jorge Arreaza, held a meeting with Italian Senator Pier Ferdinando Casini, president of the Interparliamentary Union.

The meeting resulted in an important dialogue between the parties during which, various issues of political and bilateral interest were addressed.

Pier Ferdinando Casini served as deputy of the European Parliament between 1994 and 1999 and also in the fifth legislature until 2001, being a member of the Commission for Foreign Economic Relations and the Commission for Development and Cooperation.

He is also currently Vice-president of the Italian Committee of the European Movement (CIME).