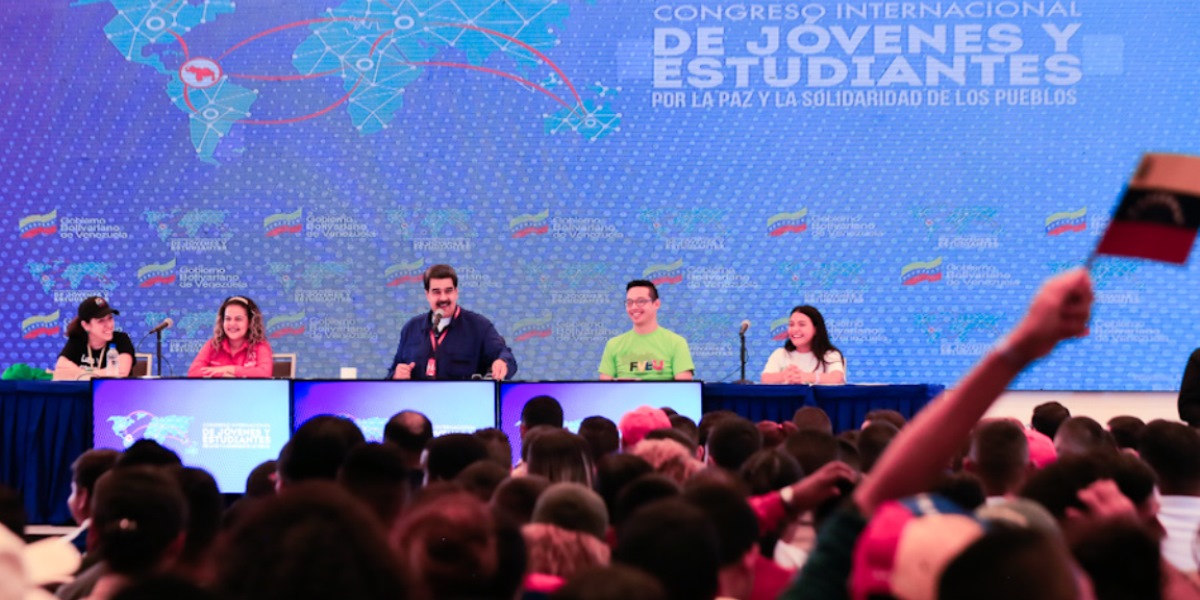 With the mission of making visible the reality of the people before the opacity of the media corporations, young people of the world will establish a network of solidarity communication.

The proposal, which was backed by the President of the Republic, Nicolás Maduro, resulted from the debates that took place at the International Congress of Young People and Students for Peace and Solidarity, which took place in Caracas between November 20 and 23.

From the Alba Caracas hotel, the dignitary pointed out the need to deploy a rebel and revolutionary counterpower that strengthens the processes of independence, liberation and dignity of the peoples.

“I entrust you to articulate and start a new network, a new communication platform for the truth of young people and students in Latin America and the Caribbean”, he instructed.

He indicated that it is necessary to connect student, youth and political organizations of the world to exalt social struggles in a timely, real and supportive way.

With his eyes directed at delegates from 30 countries around the world, the head of state thanked the affection expressed by nationals and foreigners on the occasion of his 57th birthday.

“My greeting and my thanks for your good wishes”, said President Maduro, who upon arrival witnessed the musical performance of the National Theater Movement “César Rengifo”.

To the sound gift was added a demonstration of street basketball by the Court Kingz, who undertake a tour over the national territory. Meanwhile, from Argentina, the soccer player Diego Armando Maradona ratified his support for the Venezuelan struggle, as well as the crusade that President Nicolás Maduro undertakes in the face of destabilizing maneuvers.