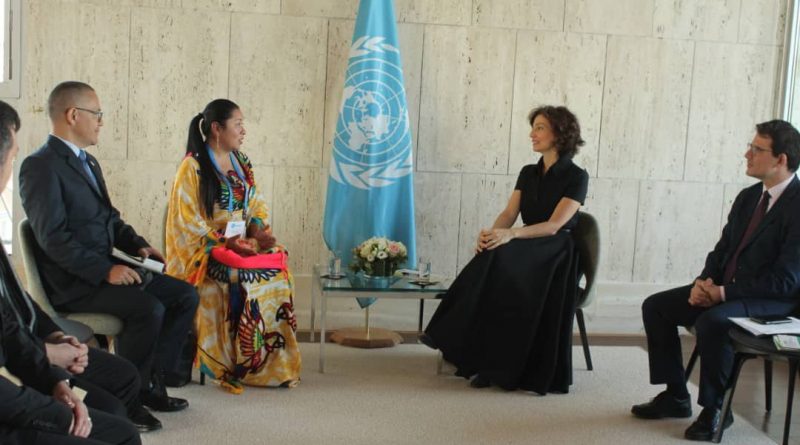 In order to continue strengthening Venezuela’s relations with international organizations, the People’s Power Minister for Indigenous Peoples, Aloha Núñez, and the head of the Ministerial Portfolio for Culture, Ernesto Villegas, held a meeting with the Director General of the Organization of the United Nations for Education, Science and Culture (Unesco), Audry Azoulay.

The Venezuelan authorities also held a meeting with the director of the UNESCO Office in Quito and representative for Bolivia, Colombia, Ecuador and Venezuela, Saadi Sánchez.

The Minister for Indigenous Peoples said present at the 40th session of the General Conference of Unesco, held in Paris, France, where she reiterated the commitment of the Bolivarian Republic of Venezuela to the promotion, respect and guarantee of human rights, particularly in the areas of education, culture and science, and in the scope of the Sustainable Development Goals.

For his part, the Minister for Culture, was present at the Forum of Ministers of Culture of said international body, where he stressed that, despite the negative impact of the blockade and criminal prosecution, imposed by US imperialism against the country, the Bolivarian Government continues to join forces with the purpose of guaranteeing the cultural rights of the Venezuelan people.