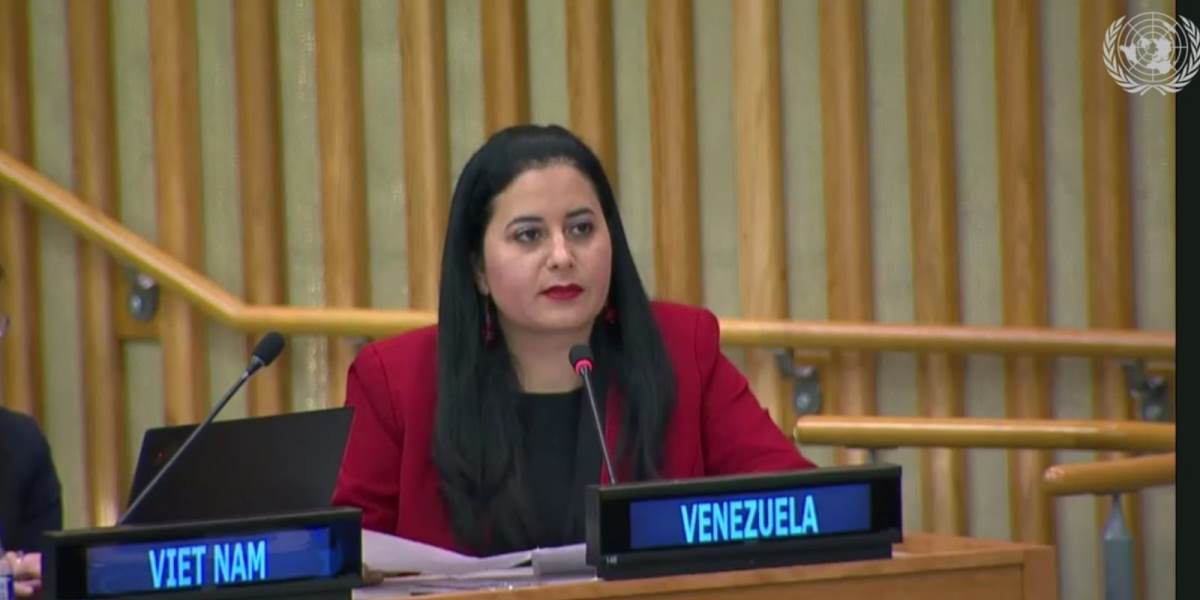 The delegation of the Bolivarian Republic of Venezuela to the United Nations Organization (UN), in New York, participated in a session of the Third Committee of the General Assembly on the “Promotion and protection of human rights: including other means of improving the effective enjoyment of human rights and fundamental freedoms”, in which the Resolution on “Unilateral Coercive Measures and Human Rights” was adopted.

During the debate, diplomat Asbina Marín Sevilla denounced the imposition of unilateral coercive measures by the United States government and its allies against the Venezuelan people, which are evidenced in the economic and financial blockade against Venezuela, the theft of their property and assets abroad, a sustained campaign of global misinformation, the instrumentalization of the humanitarian issue for political purposes and threat of military intervention.

“We reaffirm the importance of denouncing and condemning the illegal and immoral practice of the imposition of unilateral coercive measures against developing countries, as means of coercion and destabilization to promote regime change, supported by the United States government and its strategic partners”, Expressed the representative of Venezuela to the UN.

In this regard, the diplomat denounced that the unilateral coercive measures imposed on Venezuela by the US empire have meant the confiscation of property, cash in US and European banks and the theft of gold reserves in the Bank of England for more than 1.2 billion dollars. She also reported that these illegal actions have caused the loss of more than 30 billion dollars to Venezuela.

Before the Third UN Commission, Marín stressed that unilateral coercive measures violate the United Nations Charter and undermine the stability, world peace and human rights of all peoples victims of such criminal actions.