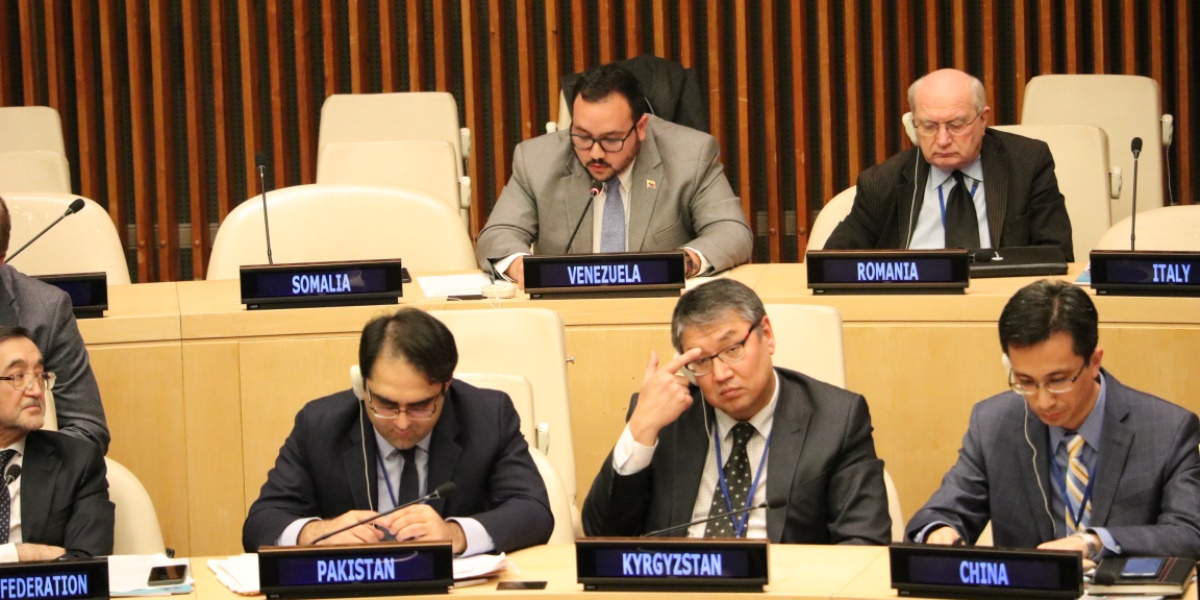 Venezuela denounces creation of reasons to justify a military intervention

The Alternate permanent representative of the Bolivarian Republic of Venezuela to the United Nations Organization (UN), Joaquín Pérez Ayestarán, denounced on Tuesday the manufacture of a casus belli (war motive) that justifies the military intervention in Venezuela by the government of the United States and its satellites in the region.

“The strategy against Venezuela aims to increase tensions and militarize relations in our region and thus lay the groundwork for responding to a fake aggression that would then be protected by the inherent right of legitimate defense provided in the article 51 of the Charter of the UN. We must understand this operation in the context of the activation of the Inter-American Treaty of Reciprocal Assistance (Rio Pact) against our nation; an instrument associated to the Cold War and of which Venezuela is no longer part”, said the representative of Venezuela at the UN.

In this order of ideas, the diplomat Pérez Ayestarán stressed that the implementation of the Rio Pact is motivated by political reasons that have nothing to do with the maintenance of international peace and security, while warning about the manipulation of the Treaty with the deliberate objective of ignoring the authority of the UN Security Council.

During the event called “Cooperation to promote peace, security and stability – Avoiding to link terrorism with organized transnational crime and its financing through drug trafficking”, the alternate representative warned of the serious threat that terrorism means to peace and international security, as well as the stability of legitimate governments.

Finally, the Venezuelan diplomat reaffirmed the need to assume the fight against terrorism frankly, without double standards or politicization, and called for joint work to ensure that the UN is not used as an instrument of war.