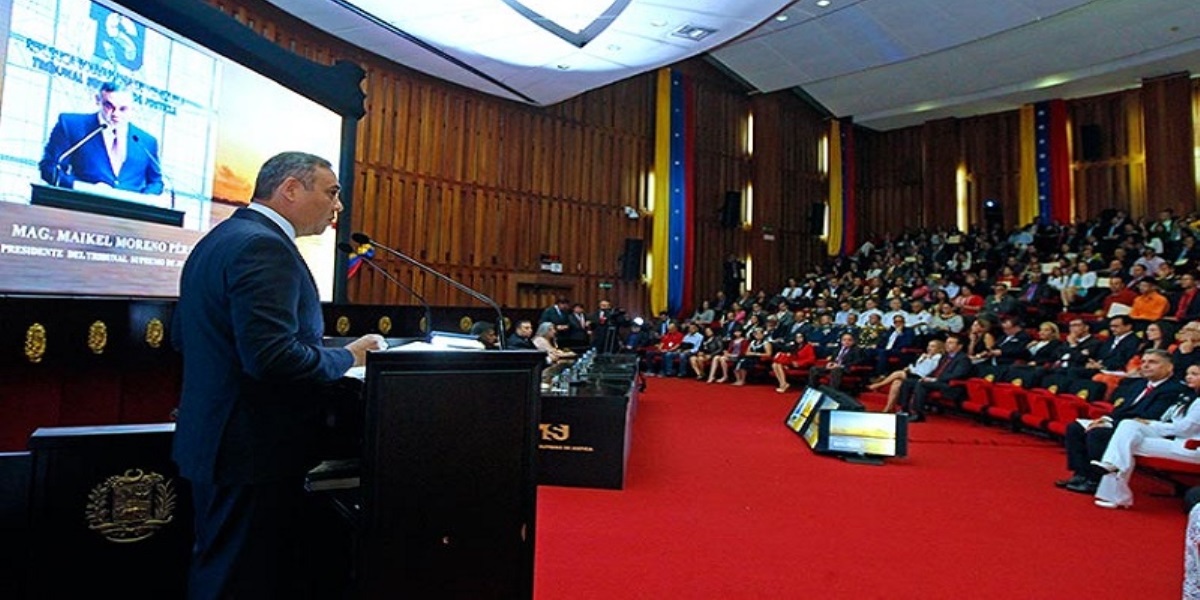 The president of the Supreme Court of Justice (TSJ), magistrate Maikel Moreno, installed on Monday the 1st. Congress “Esequibo Mission”, which he described as an excellent initiative that has “the objective of sharing knowledge and encouraging debate at a great academic, historical and legal level on an issue relevant for the Venezuelan State and its nationals”.

In this activity, carried out in the main auditorium of the Maximum Court, Judge Moreno said that “as top representatives of the public authorities we are committed to make our best effort to return to our beloved Republic what for justice, history and patriotic feeling corresponds, and it’s our territory”.

During his speech, he said that the Esequibo is an issue that the State, through the different institutions that make up the National Public Power, has encouraged serious arguments in recent years so all the people of Venezuela and the entire world understand that it belongs to Venezuela and that they are absolutely convinced that it will not be subject to negotiation, under any agreement diferent form the one corresponding to justice and historical tradition

Finally, the president of the Supreme Court said that Venezuela “is and will always be our beloved Republic and we should never rest or neglect its protection. The sovereignty of our country is sacred and we must safeguard it according to the historical postulates that capture the doctrine of Simón Bolívar”.

Subsequently, the president of the Civil Cassation Chamber, magistrate Yván Darío Bastardo Flores, organizer of the activity, said that the truth about the Esequibo must be known. In addition, in his speech he highlighted the importance of permanent work in defense of Venezuelan sovereignty, while confirming that said disputed territory is Venezuelan.

The magistrates of the different rooms that integrate the Venezuelan high court; members of the Bolivarian National Armed Forces, judges of the different Judicial Circumscriptions of the country, servants of the Judiciary, among other guests were present at the Congtress.