The Venezuelan Consortium of Aeronautical Industries and Air Services (Conviasa) began its operations in Mexico on Friday with two weekly frequencies to Cancun and Toluca, on Monday and Friday, becoming the only airline in the country with direct flight to this destination and reaching its seventh international route.

The inaugural flight presented 100% occupancy and touched Mexican lands for the first time at 12:15, local time in Cancun, where it was received by the city’s aeronautical authorities. This same flight continued its route to Toluca to inaugurate the second frequency at 15:13 arrival time, where the central activity was carried out in the company of the Venezuelan ambassador to the Aztec nation, Francisco Arias Cárdenas.

The Venezuelan Consortium will initially offer two weekly frequencies; however, it plans to increase its flights in order to meet the demand for passengers between the two nations.

The airline’s expansion plans to Latin America are booming, so they expect to activate more international connections, which include joining a direct flight to Venezuela with Brazil, Argentina, Saint Vincent and the Grenadines, and Trinidad and Tobago, in order to encourage inbound tourism and strengthen air connections between the nations of Latin America and the Caribbean.

Within the framework of this inaugural flight, the Venezuelan Zulian Youth Symphony Orchestra “Rafael Urdaneta” made an impeccable presentation that began with the national anthems of the two countries.

The orchestra later performed a repertoire of Venezuelan and Mexican music, among which the most outstanding were Mexico Lindo y Querido and Alma Llanera.

The children of the Mexican social project Traditional Children’s Band shared musical experiences with the youth of the orchestra and at the end of the act, both bands played a popular repertoire.

The Venezuelan musicians, at the close of the activity, went directly to other stages to offer a series of concerts. 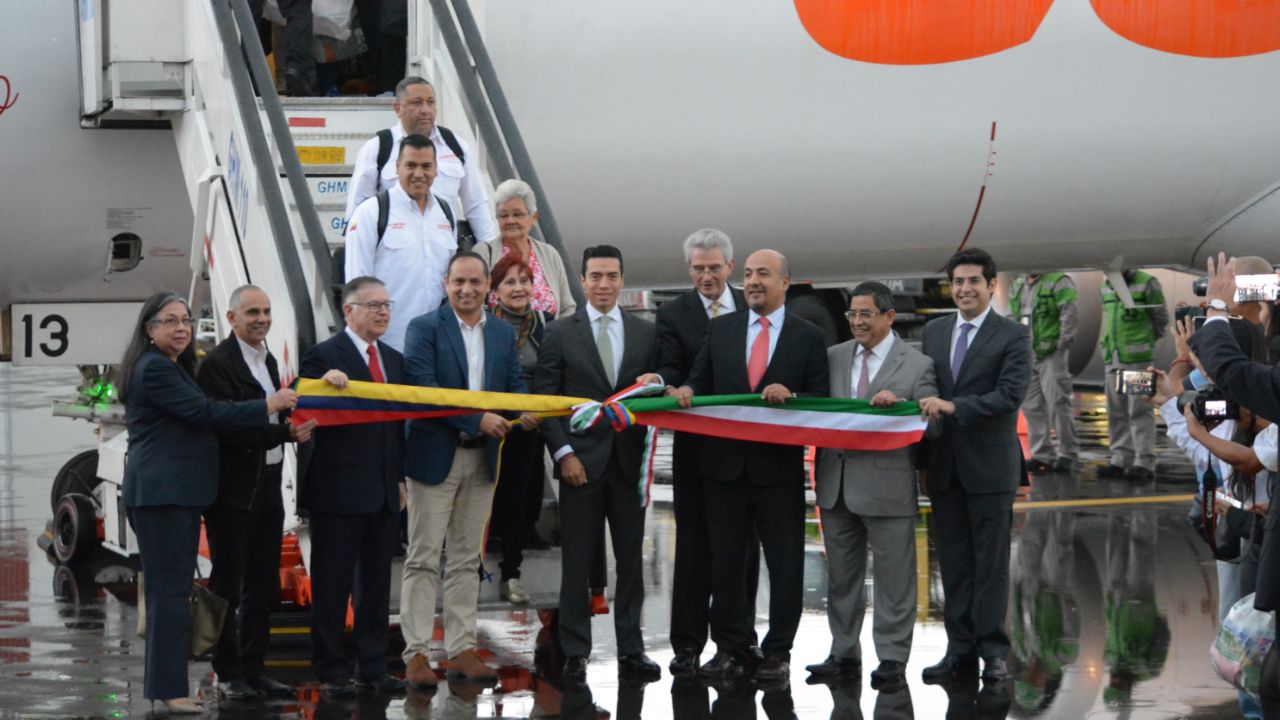