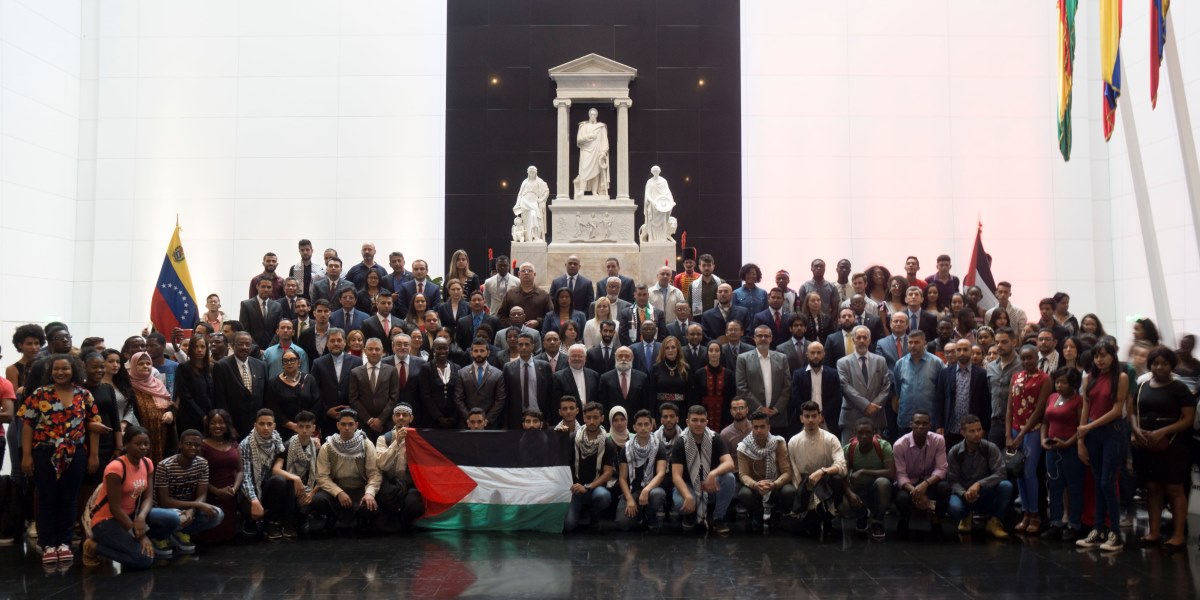 The Embassy of the State of Palestine, accredited in the Bolivarian Republic of Venezuela, paid honors this Friday to the sarcophagus that keeps the mortal remains of the Father of the Homeland and Liberator, Simón Bolívar, in the National Pantheon in Caracas. This floral offering was made on the occasion of commemorating the 31st anniversary of the Declaration of Independence issued by the Palestinian National Council, on November 15, 1988 in Algiers, capital of Algeria, in which an independent Palestinian State is established with existing borders since 1967, as well as reaffirms Jerusalem as its capital.

The floral offering was chaired by the Palestinian ambassador, Linda Sobeh Ali, and by Venezuela, the Vice-minister for Asia, the Middle East and Oceania of the People’s Power Ministry for Foreign Relations, Rubén Darío Molina.

During the ceremony the national anthems of both nations were sung, followed by the signing of the book of the National Pantheon by Palestine ambassador and Vice-minister Molina.

The activity closed with an emotional speech by Ambassador Sobeh Ali, who said that “the Palestinians ask the international community to leave the silence and speak with the truth. There are more than six million refugees scattered throughout the world, to whom the right to return is denied but they hope to return nevertheless, that’s why we say the keys to return remain in our hands”.

Similarly, he stressed that during these eight years of leadership at the head of the Palestinian Embassy he has sought important rapprochements with the Caribbean community.

“We have expanded cooperation ties thanks to the support of the Bolivarian Government, as Chávez said ‘Venezuela and Palestine are a single flag and the same people’. Currently, there are 140 countries that recognize the State of Palestine. More recently, Saint Kitts and Nevis was the last country to get on our side, we hope that the other sister countries of the Caribbean will side with the freedom of our people”, he said.

Finally, he stressed that cooperation between Venezuela and Palestine has been strengthened and stronger than ever. “During all these years, it has been with Venezuela that the Palestinian cause has been spread throughout Latin America and the Caribbean, so that Venezuela has been a fundamental support”, he said. 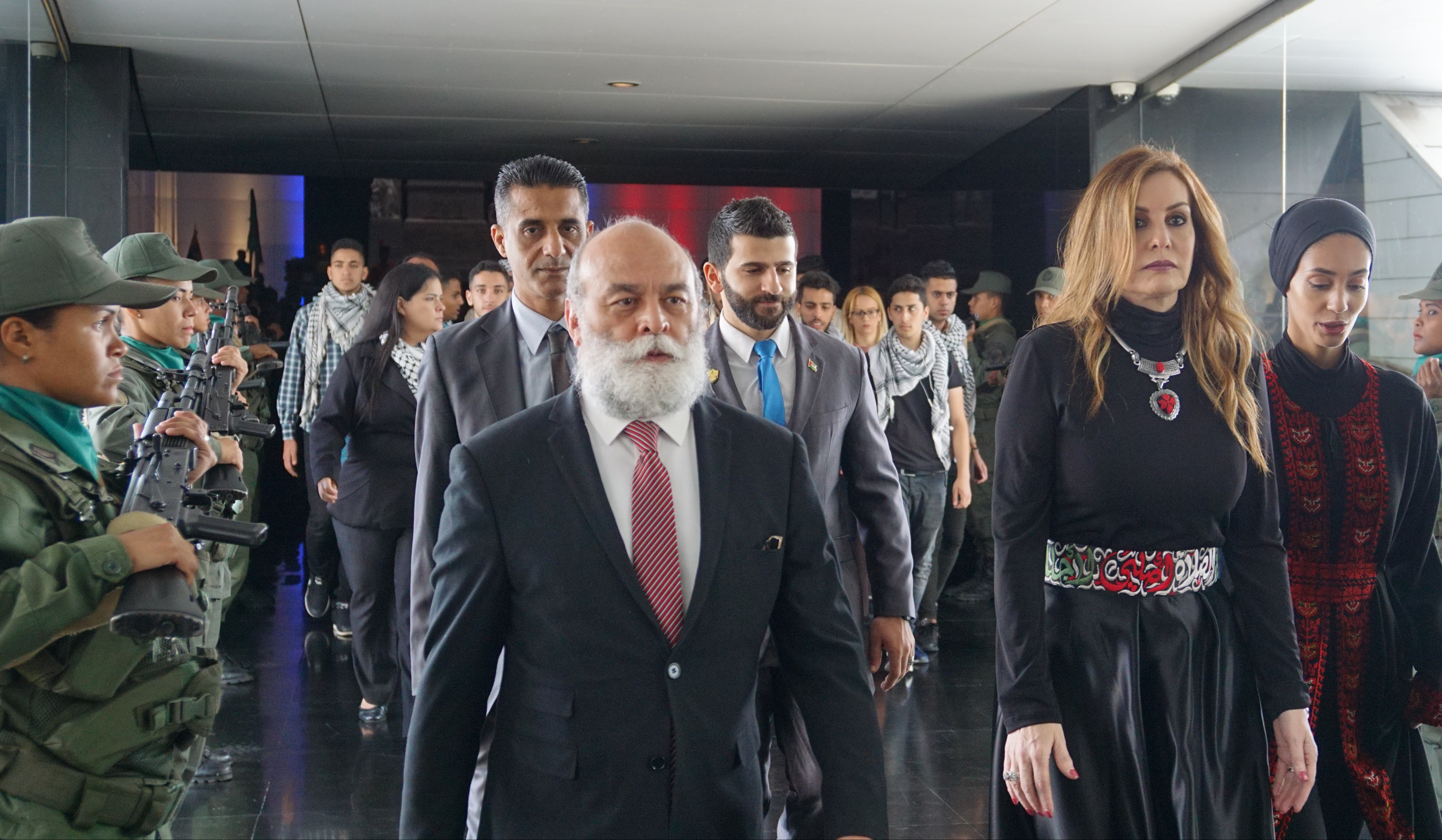