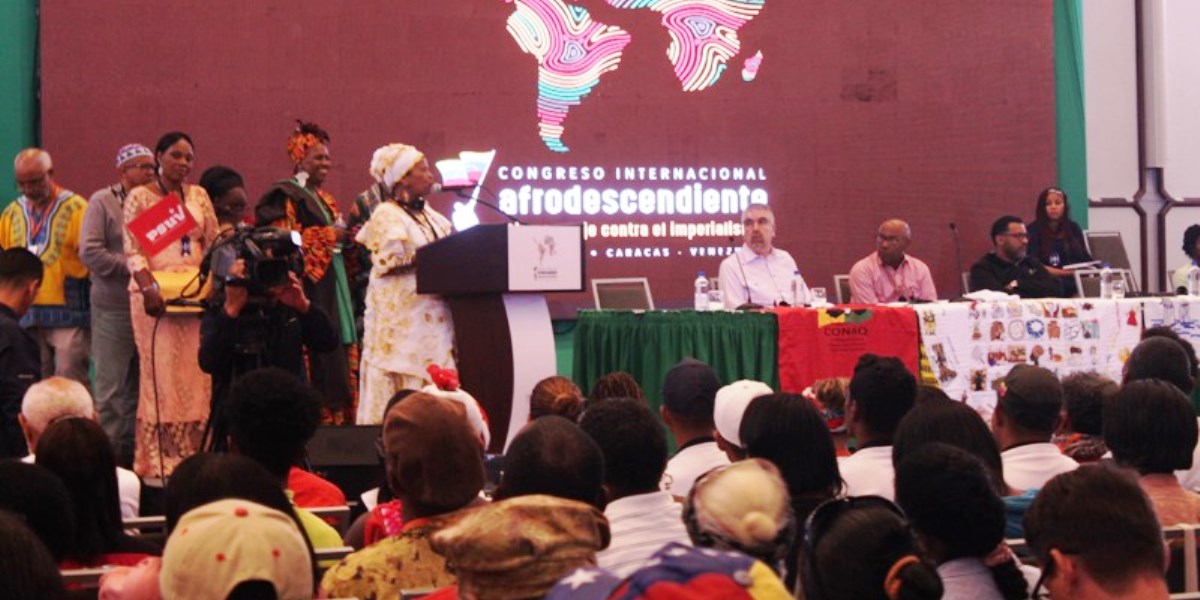 With the participation of more than 100 delegates from 47 nations, the Afro-descendant International Congress continues in the spaces of the Venetur Alba Caracas hotel, whose motto is “Cimarronaje against Imperialismo”.

In a press release, the People’s Power Ministry for Education emphasizes that Yvette Modestín, Panamanian delegate and current coordinator of the Network of Afro-Latin American, Afro-Caribbean and Diaspora Women, said that “we come in solidarity with the Afro-Venezuelan people, with a message : Africa lives in us!”

He also pointed out that the meaning of this meeting is “to create a collective agenda about what it is to be an Afro and what we demand in our countries”, and he added that “we are Maroons, we must be included in the conversation of what it is to be an Afro-descendant. in the world; build an international movement to connect more with the land of Africa and to raise the voice of Afrodescendence”.

For his part, Mexican delegate Marco Polo Hernández, who is a professor at the University of North Carolina, United States, said that “here we come to re-articulate the left-wing that is the other side of blackness; blackness is not a color is a way of being”, he clarified.

Another assistant, Damani Aaquail, delegate of Puerto Rico, pointed out that “we are here supporting African efforts and the struggle for total African sovereignty; without sovereignty nothing can be achieved”.

Finally, Efraín Viveros, a member of the Colombian delegation, highlighted the participation in the working groups that will be the support for the final declaration produced by this Afro-descendant Congress.