Bank of the Alba celebrates its eleventh anniversary with international seminar

The Bank of the Bolivarian Alliance for the Peoples of Our America-Peoples’ Trade Treaty (BANALBA) celebrated this Tuesday the 11 years of its constitution, through the International Seminar “Developing the present”, in which academics and specialists shared their knowledge and analysis linked to the regional financial architecture, its alternatives and challenges.

From the headquarters of the Central Bank of Venezuela (BCV), in Caracas, with the presence of representatives of the accredited diplomatic corps in the country and the moderation of the journalist Patricia Villegas, president of the transnational television station Telesur; Giulio Palermo (Italy) talked about the myth of the global market; Lucas Castiglioni (Argentina) spoke about the role of hegemonic international financial architecture in debt crises; Luciano Wexell Severo (Brazil) addressed the point of new human talent for a new regional financial architecture and Raúl Li Causi (Venezuela) presented Banalba’s contribution to the development and construction of a new regional financial architecture.

In his presentation, Li Causi, President of Banalba and Vice-minister for the Caribbean of the People’s Power Ministry for Foreign Relations, presented a historical account of the Bolivarian doctrine on regional integration and international financing as opposed to the mechanisms of imperial domination and Free trade of the neoliberal capitalist model.

“The Bank of Alba will soon be among the main financial development institutions in the region. In the last four years, total income almost doubled its assets”, he said.

Likewise, Vice-minister Li Causi said that between 2015 and 2019, Banco del Alba quintupled the amount of resources approved for refundable financing with own funds.

The president of Banalba also said that since the beginning of the operations, in 2009, the Bank established a fund that has the versatility and the ability to grant financing to projects that by their nature cannot be served by traditional banks, such as non-refundable financing of social programs or feasibility studies, as well as concessional financing for projects that have a significant social impact. To date, $15 million has been granted to non-reimbursable programs through this fund.

On November 5, 2008, the subscription, approval and ratification of the Constitutive Agreement of the Bank of Alba was adopted in Caracas, by the ministerial representatives of the Bolivarian Republic of Venezuela, the Republic of Cuba, the Plurinational State of Bolivia and the Republic of Nicaragua, to which Saint Vincent and the Grenadines (2011), the Commonwealth of Dominica (2012) and Antigua and Barbuda (2019) subsequently joined. 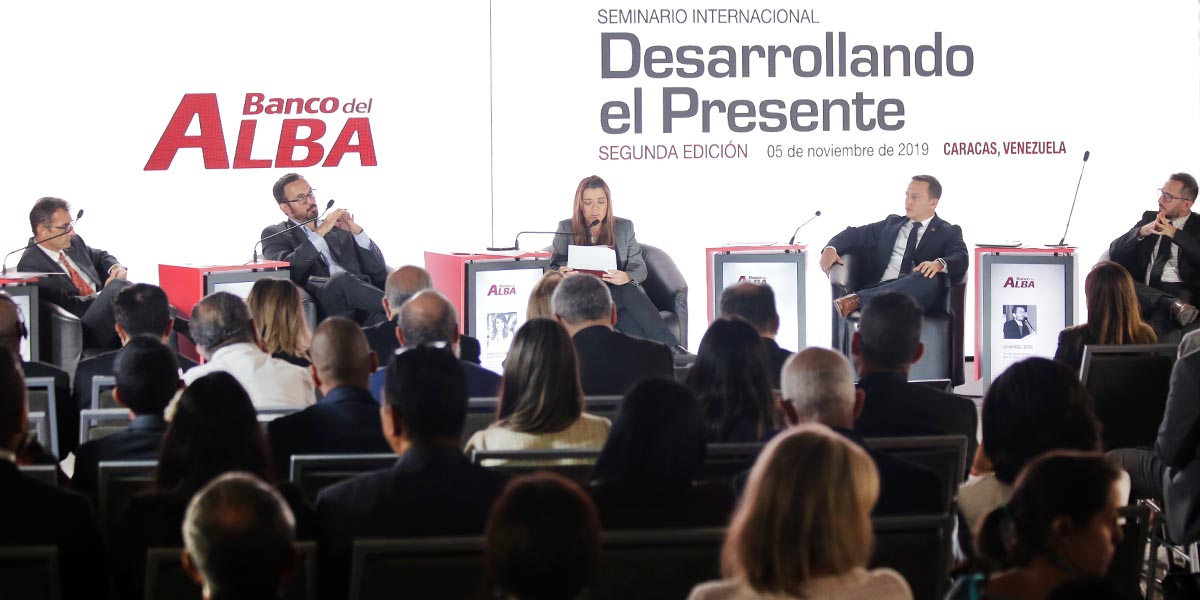