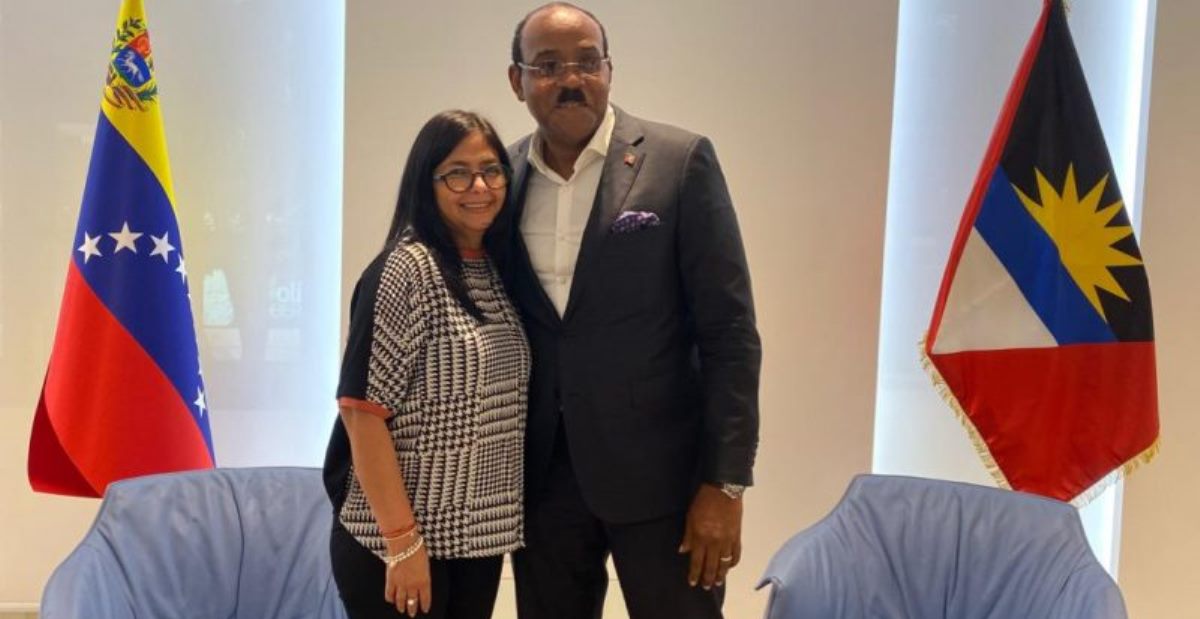 With the objective of continuing to strengthen bilateral relations with the Caribbean countries, the Executive Vice-president of the Republic, Delcy Rodríguez, held a meeting with the Prime Minister of Antigua and Barbuda, Gastón Browne.

During the meeting, both authorities ratified their desire to contribute to the welfare of the two brother peoples, as well as to strengthen cooperation between nations.

The Executive Vice-president was accompanied by the Foreign Minister of the Republic, Jorge Arreaza and the Vice-minister for the Caribbean of the People’s Power Ministry for Foreign Relations, Raúl Li Causi.

Browne has repeatedly expressed his solidarity with Venezuela and the President of the Republic, Nicolás Maduro, rejecting all kinds of interference and unilateral coercive measures by foreign powers.

The commitment of the National Government is to continue advancing in relations of mutual respect and shared benefits, in which international law is what governs the development of cooperation and friendship of the Homeland.