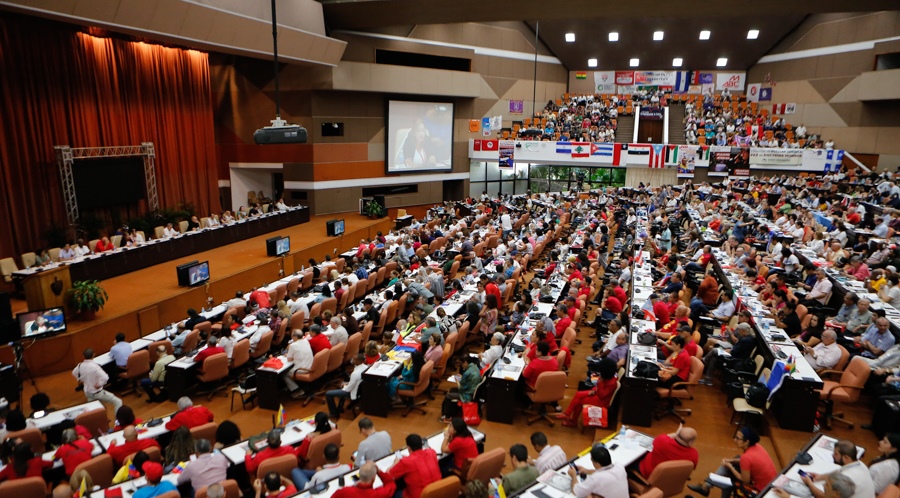 This Sunday closes the Anti-Imperialist Meeting of Solidarity for Democracy and against Neoliberalism, inaugurated this Friday in Havana.

One of its objectives is to unify the progressive forces of Latin America against neoliberal and peace-based policies, as well as the discussion of the new challenges they must face in before the resurgence of imperialist hostility.

Under the slogan “Hands out of Cuba”, the interventions aimed at the maximum unity of the peoples to face the imperial escalation.

The opportunity was propitious to show the achievements of Cuba in the world, always in solidarity and complementarity in 84 countries of the world where 31 thousand collaborators work.

Similarly, solidarity with the Venezuelan people has been declared in the face of imperial attacks and recognition of the legitimate government of the president, Nicolás Maduro.

In this regard, Foreign Minister Bruno Rodríguez, described as “failure” the policy of the United States government, in its intention to attack Venezuela and said that they seek to blame Cuba and justify the tightening of the blockade, while condemning the activation of the Rio Pact by the Venezuelan ultra-right and its acolytes in the region.

The senior official also denounced the unjust prison of the Brazilian political leader, Luis Inacio Lula da Silva, and said that the White House maintains a hate speech, racist and xenophobic with immigrants, while expressing the construction of more walls on the border with Mexico.

In that order, the historical commitment to the self-determination of Puerto Rico, solidarity with the peoples of Africa, Asia and the Middle East was ratified; that fight for social justice, as well as the admiration for the legitimate mobilizations of the people of Chile and Ecuador against neoliberal measures.

Finally they demonstrated to celebrate the victory of the Argentines and the return of the government of a social nature to embrace the people.