The political and social instability as well as a large-scale violence generated by the Civil War in Libya, motivated this Sunday, the return of the Venezuelan Libyan family, Altaeb El Bosevy, who were treated as a special humanitarian case.

After voluntarily requesting the support of the Bolivarian Government at the Venezuelan Embassy in Tunisia, border nation with Libya, the proper consular procedures were carried out immediately in order to begin their transfer to the Caribbean country.

It should be noted that of the seven members of this family, three are Venezuelan and two are minors.

“Venezuela is our land, I lived here for more than 12 years, my sisters are Venezuelan. We return from Libya because you can not live or study, the city of Tripoli has been at war since 2011, they do not know how difficult it is to live in war (…) Venezuela is a country of true peace, we know that it is going through an economic situation but it’s not like Libya”, exclaimed Eva Altaeb El Bosevy, the oldest daughter of 21 years, who had to pause her medical studies due to the warlike conflict in recent months.

The wife and mother, Hamed El Bosevy, said that her family seeks peace, a better quality of life and the love and humanity of the Venezuelan people. She also thanked President Nicolás Maduro for his support.

She also stressed that the interest of the imperialist countries in the natural resources of Libya, specifically in their oil fields, has generated an unprecedented armed dispute that has economically delayed the country and severely damaged children, women and mothers throughout the territory.

“I tell the Venezuelan people to fight for their homeland, for human rights, what did the imperialist countries achieve in Libya? Our wealth, money and we were left behind”, she emphasized.

The family was received at the Simón Bolívar International Airport in Maiquetía, by a commission from the Office of Consular Relations of the People’s Power Ministry for Foreign Relations and the Vice-ministry for Africa, who will accompany them in their reintegration process. 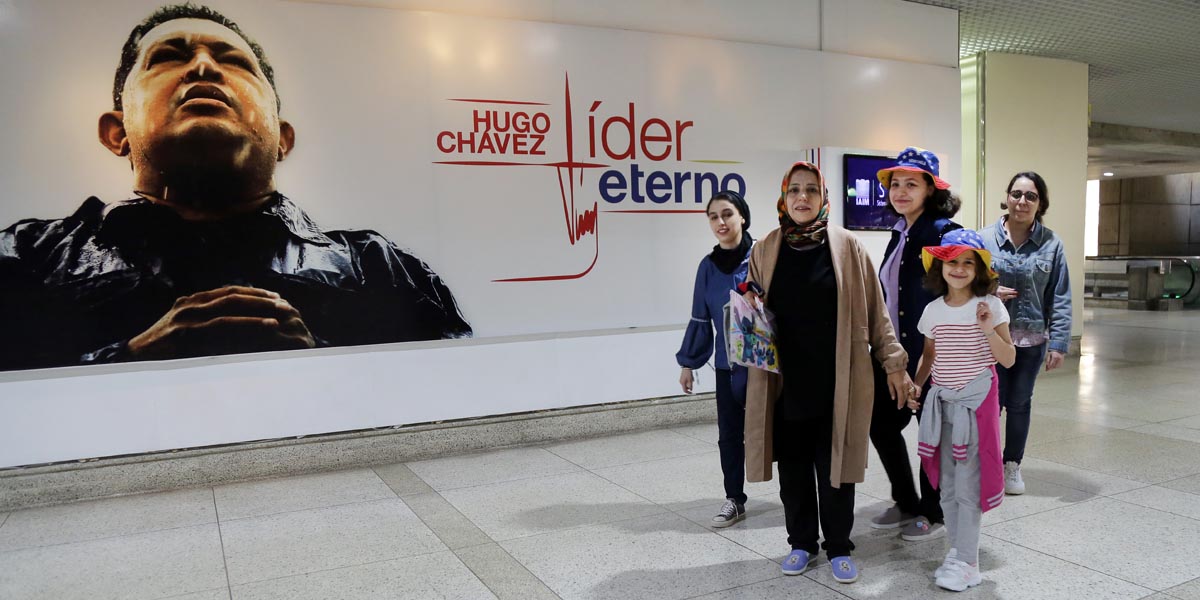