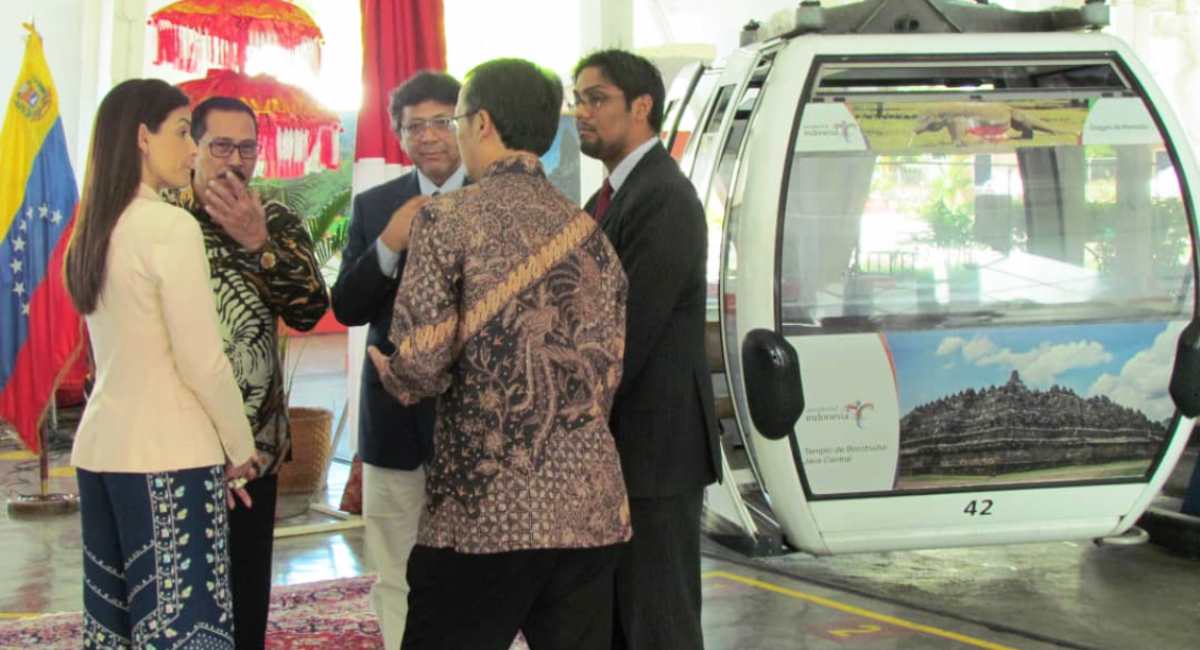 In the spaces of the Warairarepano Cable Car System, the Cultural and Tourist Promotion of the Republic of Indonesia was held on Thursday, in commemoration of its independence held on August 17; revealing 10 cabins labeled with landscapes and manifestations of this Asian nation.

The event began with a presentation of typical Indonesian dance. Subsequently, the ambassador of the Republic of Indonesia in Venezuela, Luthfie Witto’eng, said that “this cultural and tourist promotion is a clear example of the close relationship between Indonesia and Venezuela”.

He also expressed his gratitude to the Venezuelan government, especially to the People’s Power Ministries for Tourism and Foreign Trade, and for Foreign Relations, for the support in organizing this event; In particular, he thanked the president of Venezuelan Cable Cars, G / D José Gregorio Rojas Sarubbi for his valuable support in allowing the development of such promotion in the Warairarepano Cable System system.

Next, Ambassador Witto’eng; the Vice-minister of Tourism, Verónica Calcinari and the manager of the Warairarepano Cable Car System, Víctor Cruz, revealed the cabins labeled with landscapes and cultural samples of the country of Southeast Asia, which will circulate through the Caracas cable system to show users natural and cultural wealth of the Indonesian Republic.