This Thursday was held in Space X of the Institute of the Arts of Image and Space (Iartes), in the locality of Fine Arts, Caracas, the conversation of the Tunisian artist Raouf Karray, who shared with the assistants his creative vision through his works.

Among the attendees was the director of the Iartes, Oscar Sotillo, who made a recognition to the plastic artist and thanked him for his presence in the country, which allows a broad knowledge of that need to express through art in the context that the Middle East is living.

The visual artist socialized part of his graphic work at the Alfata Alarabi publishing house, dedicated to the publication of illustrated books for girls and boys in Arab countries, especially in Palestine.

In the work Child of the Red Cross, with which he participates in the III Biennial of the South “Peoples in Resistance”, the Tunisian artist mixes drawing and poetry on craft paper intervened by the creator himself, and is inspired by the Palestinian poet Mahmud Darwish

The III Biennial of the South opened its doors on Friday, October 25 at the Museum of Modern Art “Jesús Soto”, located in Ciudad Bolívar, and will extend its exhibition until December, shows that will be part of the city of Caracas in the Museum of Fine Arts, on February 2020. 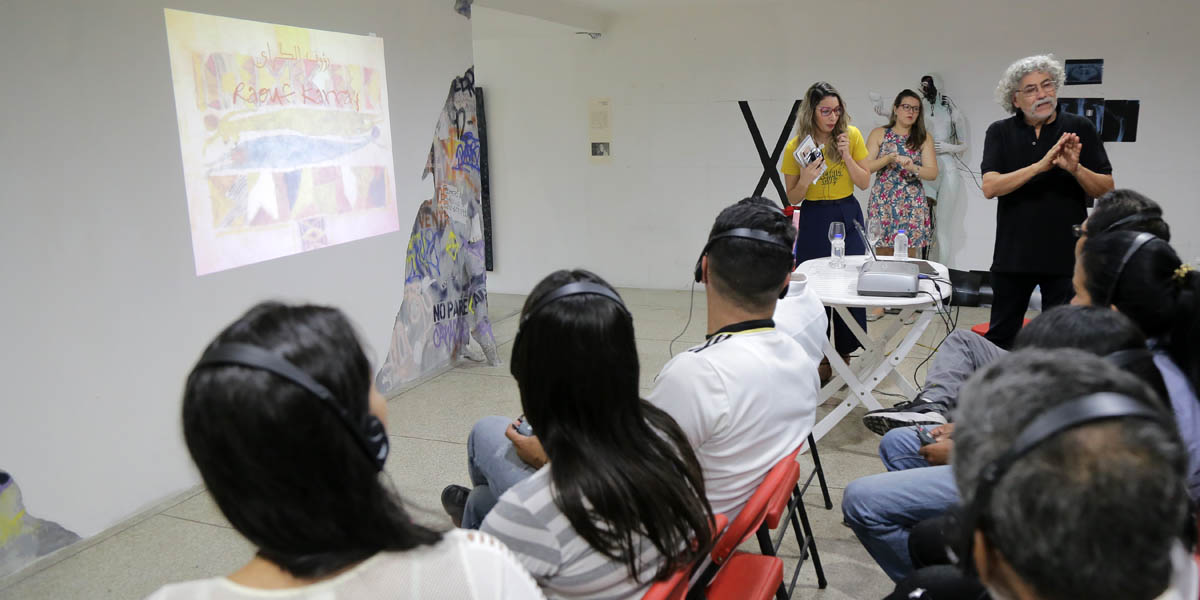