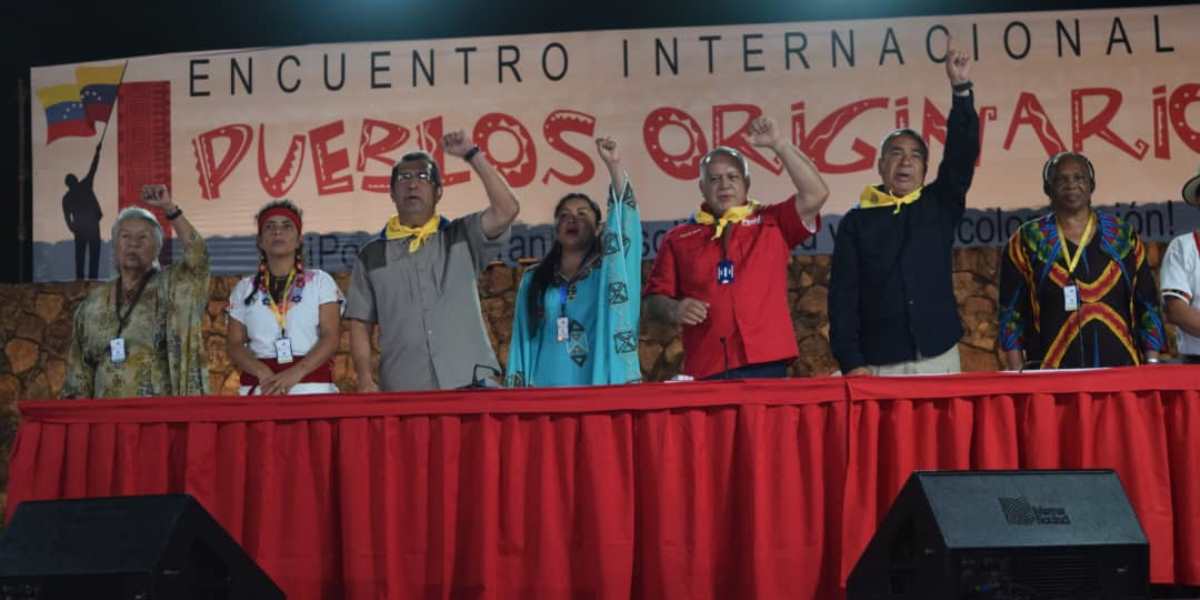 ANC Promotes the formation of an indigenous movement of international scope

Diosdado Cabello, president of the National Constituent Assembly, called for the formation of an indigenous movement of international scope to give more strength and leading participation to the free peoples of the world, during the installation of the First International Meeting of Native Peoples, which is held in Ciudad Guayana, Bolívar state, with the presence of 18 delegations.

“What a beautiful experience as a result of the Sao Paulo Forum, which called for the realization of international sectoral meetings. We have had a long battle of resistance, they are over 500 years old and we have never given up. Today more than ever we raise our spirits to continue fighting for what we should be: promoters of an international movement of native peoples, because only united will we win”, he said.

On the other hand, Aloha Núñez, People’s Power Minister for Indigenous Peoples, declared that in this meeting the combative spirit of the indigenous movements and organizations of the left of the world prevails. “With our spirit and gallantry we will demonstrate what we are made of; this struggle is worldwide, a struggle for our true origins and for our conquests; the peoples of the world rise and from Venezuela we reiterate our anti-imperialist struggle”, she said.

Maritza Centeno, representative of the delegation of Guatemala, said that this meeting will bear many fruits and an international movement in defense of sovereignty will bloom.

“We are the protagonists of a change that will allow us to reconstruct from the bases, from the roots, a new social order and a collective agenda focused on the fight against interference, extractivism and for the protection of our sacred Mother Earth. Here lives the spirit of Chávez, our ancestors give us the strength and the light to say: Enough of imperialism and war with our peoples who just want to live in peace! They will keep trying to destroy the progressive governments that work for the true rights of people, but from Venezuela we tell you that you never will”, he said.

For Mexico, Hugo Romero said that “we are moving forward. Imperialism tries to end us but from Venezuela there is a powerful space for the struggle that will allow us to continue organizing to face any attack”.