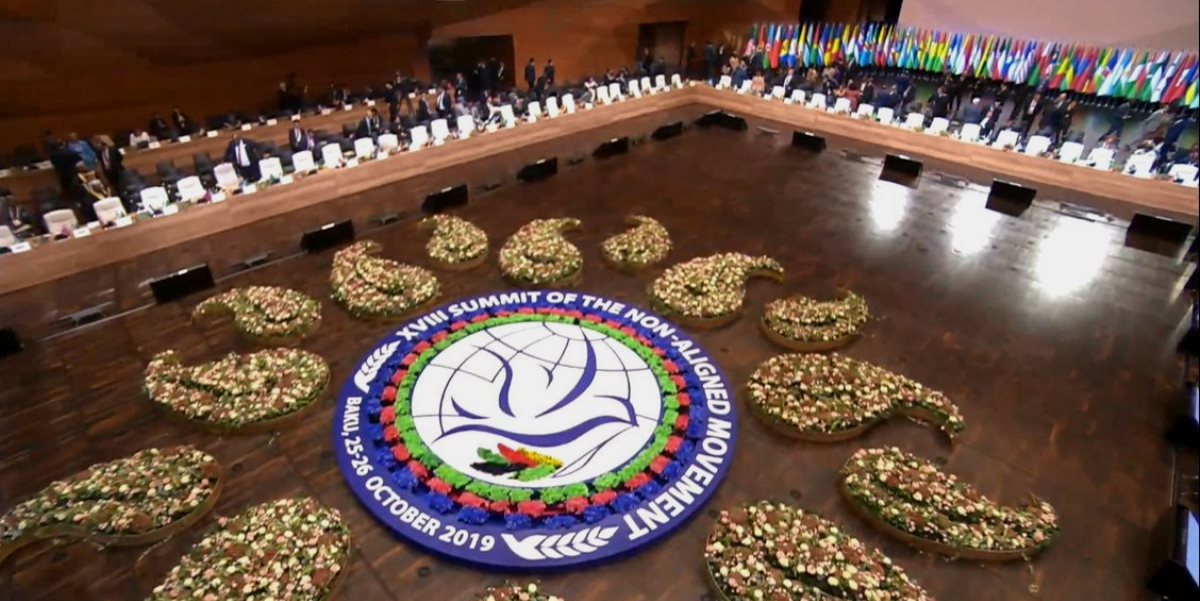 During the celebration of the XVIII Summit of the leaders of the Non-Aligned Movement (NAM), developed in Baku, a joint declaration was presented that highlights “the democratic spirit of the Bolivian people who attended the presidential elections in a peaceful and civic manner in Bolivia”.

“The Heads of State and Government congratulated his Excellency, Evo Morales Ayma, for his re-election as President of the Plurinational State of Bolivia for the period 2020-2025” and demanded respect for the sovereign will of the Bolivian people, as can be read in the text of the document.

Along these lines, the 120 countries that make up the multilateral organization agreed to congratulate the current president of Bolivia, Evo Morales, for his victory in the recent presidential elections held in that South American country, and called for respect to the electoral result.

Already during the opening of the plenary of the XVIII meeting of the Non-Aligned, the Venezuelan president, Nicolás Maduro, expressed full solidarity for the people of Bolivia and especially for President Morales, while denouncing that despite having been reelected with a large constitutional majority, a few days ago for a new period of government, “faces a destabilization campaign”.

With this result, the current president of Bolivia was re-elected with a broad advantage that exceeds 10 points over his main opponent, and in that sense a second round has been ruled out.

Before the defeat, the flag bearer of the conservative party has denounced an alleged “electoral fraud”, which has unleashed various sources of violence in the Bolivian capital.

Next PDF of the statement: